Can Tamiflu cause psychiatric side effects?

by Julia Layton
Next 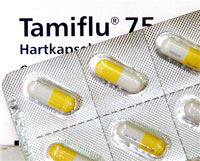 Following more than 200 reports over six years of adverse psychiatric effects in minors taking the drug Tamiflu, including 15 deaths, the Food and Drug Administration (FDA) has made an addition to the drug's warning label. It cautions parents to watch out for "an increased risk of self-injury and confusion" in children, which could begin within a day of starting on the drug. Almost all of the reports of psychiatric issues have come out of Japan, which uses more Tamiflu than any other country in the world. The first 126 reports were spread out between 1999 and 2005, and the FDA did not believe the evidence warranted a change to the label. But when another 103 reports flooded in between 2005 and 2006, the FDA decided to act on the side of caution.

Tamiflu is not a flu vaccine. It is an oral, anti-viral drug that is supposed to shorten the duration and the severity of the flu once someone already has it. It's in a class of drugs called neuraminidase inhibitors, and it prevents the flu virus from escaping from an infected cell, effectively stemming its spread. Flu patients have to start taking the drug within 48 hours of their first flu symptom in order for it to be effective, and the regimen is five days long.

Beginning in 1999, reports of strange behaviors in pediatric patients began to come out of the Japanese health ministry. Mostly affecting Tamiflu takers under the age of 17, psychiatric issues like sudden aggression, disorientation, delirium, hallucinations, self-injury, suicidal thoughts, suicide, and death from falls and other accidents started to arise. Twelve children died between 2004 and 2005, and three died between 2005 and 2006. One of the most obvious questions here is why Japan is so severely over-represented in these events. The FDA has several working hypotheses:

Even with a growing number of doctors making the connection between the behavioral symptoms and Tamiflu, both the FDA and the drug's maker, Roche, say there is not enough clear evidence to establish a direct cause-and-effect relationship between the drug and the abnormal behaviors. They note that severe cases of the flu virus itself can cause adverse psychiatric symptoms, so it's very difficult to determine if the behaviors are a result of the flu or of the antiviral drug being taken to treat it. One of the major concerns right now is that Tamiflu is the only approved, oral neuraminidase inhibitor on the market, and experts believe it will be a crucial tool in stopping a bird-flu pandemic if the disease ever mutates into a form that transmits easily from human to human. In the current climate, the FDA does not want to imply that Tamiflu is unsafe without very solid evidence to that effect. Also, discouraging people from taking Tamiflu could end up increasing the number of deaths from the untreated flu virus.

In the meantime, if you or your child is taking Tamiflu, watch carefully for strange behavior and call your doctor immediately if you observe something out of the ordinary. The FDA also recommends getting the flu vaccine in order to avoid having to treat the virus in the first place.

For more information on Tamiflu, influenza and related topics, check out the following links: 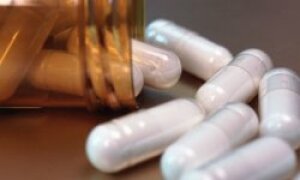