by Alia Hoyt Dec 10, 2018
An emergency military hospital was set up during the 1918 influenza outbreak at Camp Funston, Kansas, which might have been ground zero for the Spanish flu pandemic. National Museum of Health and Medicine/CC By 2.5

It was a disease like no other, in terms of worldwide scope. One hundred years ago, the Spanish influenza pandemic caused the deaths of at least 50 million people around the globe, although some experts think the death toll might have been as high as 100 million. Compare that with the last H1N1 flu pandemic of 2009, which killed an estimated 284,000 people, yet still managed to grip the world with fear. It's easy to see why some people would be skittish about the possibility of an event as huge as the 1918 one happening again. But now that we know so much more about how diseases are spread, how is this possible?

Paris-based science journalist Laura Spinney literally wrote the book on the 1918 pandemic (it's called "Pale Rider: The Spanish Flu of 1918 and How It Changed the World" and was excerpted in the Saturday Evening Post). "I think the thing to understand is that the experts consider 1918 to be very exceptional," she says, adding that of the last five flu pandemics, none were so deadly as 1918's. "It was in a league of its own."

The 1918 flu was insidious and sneaky in nature, which helped it to sicken more than one-fifth of the world's population at the time. It would be the equivalent today of a disease sickening 1.5 billion people worldwide.

The first phase of the pandemic occurred in the spring of 1918 and caused few deaths. It roared back with a vengeance that fall, however. A less deadly, but still devastating third wave emerged again in the spring of 1919. The reason for the end of the pandemic is still a mystery. All told, Spanish flu would cause the deaths of more people than any other plague-like illness in history.

In the U.S., it was first detected in military camps. Although the disease's origins have been hotly debated (was it Europe, the U.S. or even China?) Spinney — and others — believe that Kansas was ground zero because the strain that caused Spanish flu in humans resembled one circulating in birds there at the time. The close quarters and massive troop movements of World War I helped to spread the disease around the world — and officials in various countries initially kept quiet about it to maintain public morale. In the end at least three times as many people died from Spanish flu as from all the conflicts associated with Word War I.

This photo shows a demonstration at the Red Cross Emergency Ambulance Station in Washington, D.C., during the Spanish flu pandemic of 1918.
Library of Congress

Th symptoms initially were those of classic flu — fever, sore throat, headaches — but later patients turned blue in the face, bled from noses and mouths and had trouble breathing. If their lungs got too congested with fluid, they couldn't breathe and died within hours or days.

Back then, scientists had not yet discovered viruses, so there were no tests nor drugs to help treat the deadly disease. But the severity of the outbreak led to many ground-breaking innovations in public health that we've come to take for granted.

Lessons of the Spanish Flu Epidemic

Prior to the onslaught of Spanish flu, the prevailing theory was that the poor and working classes were to blame for the diseases they caught, with little regard to the conditions they lived and worked in and how that played a role in infectious illness. However, the Spanish influenza spared no one, affecting people across class and geographic boundaries without fail. As a result, the powers-that-be realized that prevention and treatment had to happen at the population level.

"People had a rethink after the 1918 pandemic," Spinney says. "If we want to protect ourselves from these terrible diseases, we have to start thinking preventively and collectively."

To that end, the experience served as a stimulus to the development of socialized medicine. "The idea is that you should be able to have access to healthcare wherever you are, whatever sector of society you come from," she says. Russia and Germany were particular pioneers of this concept, with other parts of the world, like the United States, gravitating toward employer-based insurance options.

Another major advancement inspired by the 1918 flu was the systemic gathering of healthcare data, not just during pandemics. Epidemiology – the study of why diseases and outcomes happen in a population – became a particular focus for public health experts in the 1920s. Also, an international bureau for fighting epidemics began in 1919, which eventually evolved into the World Health Organization (WHO).

Could This Happen Again?

Now for the literally trillion-dollar question: Could such an immense pandemic happen again, even with all of the major advancements of the last century? "They're not ruling it out," Spinney says, citing a 2015 report by The World Bank that 33 million people could die in as little as 250 days if an outbreak on the same severity scale as 1918's occurred today. The estimated $3.7 trillion price tag of such an outbreak is daunting as well.

Indeed, public health officials are tasked with a tricky situation. "It's really important to say how difficult it is to get the message out," Spinney says, particularly in regard to the flu vaccine because of the variability in risk potential. "In 2009 there was a lot of alarmist talk, then 'only' 300,000 people died. But it could have been 50 million," she says. (Incidentally, the reason that the 2009 H1N1 pandemic caused such a ruckus is that scientists know now that the Spanish influenza was also an H1N1 virus).

Anti-vaccination chatter also causes a lot of challenges. "We hear a lot about personal choice with respect to vaccination. [But] there's another component to that which gets overlooked – the civic duty," Spinney says, noting that a child who's unvaccinated against contagious disease like influenza or the measles puts immune-compromised members of the community at serious risk.

Then, there's the talk that the regular seasonal flu vaccine isn't effective against a more severe strain. "We don't know that exactly," Spinney says, adding that there's a lot going on between various strains and subtypes. "You might get cross-reactivity," she says, which could prevent the illness or lessen its severity.

To prevent such a collective disaster from happening again, she believes that healthcare systems need to be beefed up and kept inclusive. "Especially for a pandemic disaster which comes on rapidly and is global within hours or days. You'll get a surge and healthcare needs to withstand that," she explains. "It's far far cheaper for us to invest proactively in preparing our healthcare systems. The fallout in terms of loss of human life and loss of output, it's going to be staggering."

Learn more about the 1918 flu pandemic in "September 1918: War, Plague, and the World Series" by Skip Desjardin. HowStuffWorks picks related titles based on books we think you'll like. Should you choose to buy one, we'll receive a portion of the sale.

Now That's a Misnomer
The Spanish influenza wasn't Spanish at all. It was so dubbed because, unlike many other nations, which censored their media at the time, Spain was neutral in World War I and operated a free press, so the reports of the flu outbreak were made public there first. As a result, the country's name became associated with the unfortunate disease.

Gravitational Waves Are Lifting the Veil of Cosmic Darkness 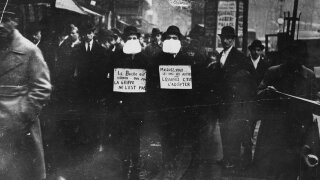 Did the Spanish Flu pandemic really start in Spain? 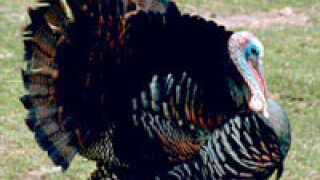 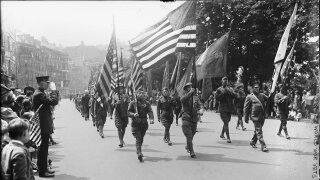 Why World War I Became the 'Forgotten War'