Blow Your Nose Less, Save on Congestion and Tissue 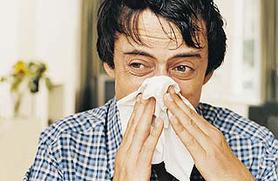 If I had to pinpoint the worst thing about having a cold, I might just say it's the runny nose. Runny noses are embarrassing if you ask me. There's no surer way to make me feel like a helpless 7 year old than to have my nose running uncontrollably. And so we adults blow our noses when they start to run. We build pyramids of tissue wads and write it off as a loss at the hand of a cold. Even my green sensibility wouldn't have me ask you to abandon your nose-blowing, tissue-wasting habits, but some doctors may now ask you to do just that.

That's right. Recent research has shown that blowing your nose to alleviate stuffiness actually reverses the flow of the mucus into the sinuses and slows drainage; causing more stuffiness in the end.

The answer, even though it may seem gross and childlike, is to blow your nose less often. Your stuffiness won't be such a problem and you'll greatly reduce your tissue use while you're at it.

And if you must blow, consider a hanky!

10 Reasons You Have a Runny Nose
What happens when you blow your nose?
What causes the common cold?