When are colds and the flu the most contagious? 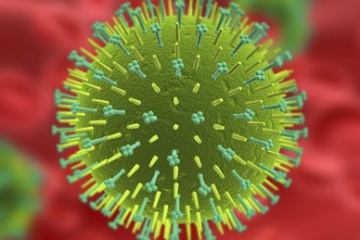 Myths about contagion are a regular part of life. Remember when AIDS could be transmitted by a handshake? Most fictions regarding how you can catch diseases aren't quite that bizarre and off the mark -- they usually sound pretty reasonable, which is how a lot of them get passed through generations as unquestioned truths. Many of us understand that when it comes to a cold or the flu, we're most contagious before we start feeling sick; that by the time we've got a runny nose, sore throat and achy muscles, the damage to the people around us has already been done. In fact, many of us are completely wrong.

If you think about how a virus works, it makes sense that we're most contagious when our symptoms are at their worst. Viruses like influenza and those that cause the common cold (there are a couple of hundred of them) have an incubation period once they get into your body. The virus gets into a group of healthy cells and then goes about requisitioning their survival apparatus from the inside. During this incubation period, while the virus is multiplying inside those infected cells, you have no symptoms -- no sore throat, no runny nose, no achy muscles -- and no virus spreading like wildfire throughout your body so that every drop of saliva or mucous you produce contains it. And that's how a virus spreads from one person to another: By a healthy person coming into contact with the bodily fluids of an infected person, whether those fluids are airborne (as from a sneeze) or left on a doorknob by a sick person who just wiped his nose. So if you have no symptoms yet, it's a lot less likely that you're going to spread the virus to another person.

Once the cells that have been taken over by the virus start to die, that's when all hell breaks loose. Here's when you start having symptoms, and you start spreading it to everyone you know if you're not careful. Some of those symptoms are caused by the virus itself (runny nose and sore throat, for example), and others are caused by your immune system(fever and exhaustion, for instance). When the virus breaks out of those dead cells and starts infecting tons of other cells throughout your body, your immune system recognizes that something is wrong and begins its counterattack. All of this can take days to happen. With the flu in particular, the time between exposure and the onset of symptoms is usually between one and four days.

For more information on colds, influenza and related topics, check out the links on the next page.

How to Prevent the Flu
The Common Cold: An Inside Look
Childhood Vaccinations

Why There Is So Much Confusion About Who Has Food Allergies
When Does an Epidemic Become a Pandemic?
Can you really get a bone infection?