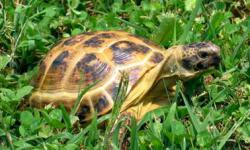 Most of us strive to lead an interesting life, but some stake a place in history by dying in an unusual way. Some of the people on this list were just in the wrong place at the wrong time, while others met their ends at the hands of enemies who were particularly vindictive in their creativity. Either way, the cause of death on some of these death certificates could be listed as cruel irony.

1. So Funny it Hurts

The fatal guffaw struck Alex Mitchell, a 50-year-old English bricklayer on March 24, 1975, while he and his wife watched his favorite TV sitcom, The Goodies. Mitchell found a sketch called "Kung Fu Kapers" so hilarious that he laughed for 25 minutes straight, until his heart gave out and he died. Mitchell's wife sent the show a letter thanking the producers and performers for making her husband's last moments so enjoyable.

2. Tortoise in the Air

Those flying monkeys in The Wizard of Oz were scary enough to frighten even the toughest kid on the block, but did you ever think you'd have to worry about flying tortoises? Greek playwright Aeschylus probably didn't, but according to the story, he was killed when an eagle or a bearded vulture dropped a tortoise on his bald head after mistaking his noggin for a stone in an attempt to crack open the tortoise's shell.

Isadora Duncan was one of the most famous dancers of her time. Her fans marveled at her artistic spirit and expressive dance moves, and she is credited with creating modern dance. But it was another modern creation that prematurely ended her life. She was leaving an appearance on September 14, 1927, when her trademark long scarf got caught in the wheel axle of her new convertible. She died of strangulation and a broken neck at age 50.

War is hell, but ancient wars were particularly brutal. After the Persians captured the Roman emperor Valerian during battle around A.D. 260, Persia's King Shapur I is said to have humiliated Valerian by using him as a footstool. But it only got worse for the Roman. After Valerian offered a king's ransom for his release, Shapur responded by forcing molten gold down his prisoner's throat, stuffing him with straw, and then putting him on display, where he stayed for a few hundred years.

5. Too Long in the Tooth

Sigurd I of Orkney was a successful soldier who conquered most of northern Scotland in the 9th century. Following a fever-pitched victory in A.D. 892 against Maelbrigte of Moray and his army, Sigurd decapitated Maelbrigte and stuck his opponent's head on his saddle as a trophy. As Sigurd rode with his trophy head, his leg kept rubbing against his foe's choppers. The teeth opened a cut on Sigurd's leg that became infected and led to blood poisoning. Sigurd died shortly thereafter.

Mark Twain once said, "Golf is a good walk spoiled," and although many a duffer has spent a frustrating couple of hours on the links, few actually die as a result. In 1997, Irishman David Bailey was not so lucky. Bailey was retrieving an errant shot from a ditch when a frightened rat ran up his pant leg and urinated on him. The rat didn't bite or scratch the golfer, so even though his friends kept telling him to shower, Bailey didn't think much of the encounter and kept playing. His kidneys failed two weeks later, and he died. The cause was leptospirosis, a bacterial infection spread by rodents, dogs, or livestock that is usually mild but can cause meningitis, pneumonia, liver disease, or kidney disease.

Many people who like playing video games or online computer games do so to escape the pressures of the real world for a bit. But when that escapism is taken too far, gamers can leave the real world altogether. That's what happened to South Korean Lee Seung Seop in August 2005. Lee was an industrial repair technician, but he had quit his job to spend more time playing Internet games. Lee set himself up at a local Internet café and played a game for nearly 50 hours straight, taking only brief breaks to go to the bathroom or nap. Exhaustion, dehydration, and heart failure caused Lee to collapse, and he died shortly thereafter at age 28.