What if a machine could take all the pain away? At the push of a button, the physical sensations of disease, illness and aging simply slip away from you. Your accumulated trauma, anxieties and fears vanish, along with your consciousness. We're talking about a suicide machine – and it's assisted suicide advocate Dr. Philip Nitschke's vision for a more compassionate future.

Dubbed the Sarco, the design forces people to re-examine the culturally weighty topic of assisted suicide. Its sleek, podlike design invokes not the grave or a hospital death bed, but a sci-fi escape capsule or a cryonic suspension chamber. Here's Nitschke giving a talk about his invention at a 2017 Toronto conference.

The concept sounds similar to the suicide booth on TV's "Futurama" – minus the gallows humor of course. But you wouldn't simply walk up to the Sarco, insert a coin and choose your death. Instead, you'd take an online test to determine mental fitness and receive an access code good for 24 hours. The code gets you inside the Sarco and, following additional confirmation, liquid nitrogen fills the capsule and the oxygen level dips down to 5 percent. To put that in perspective, the air we breathe is typically 21 percent oxygen.

According to Nicole Goodkind's Newsweek article on Nitschke and his machine, the drop in oxygen would cause the user to pass out within one minute and die a few minutes later. In the YouTube video explaining the Sarco, Nitschke says "... we've done tests monitoring the oxygen level, and it drops down to levels which would bring quick loss of consciousness in less than a minute." Nitschke insists that such a death would come relatively painlessly, more akin to cabin depressurization on an airplane, and he has had some experience with operating nitrogen cannisters, as the Vice video below demonstrates:

As of this writing, the Sarco is still just a concept, but Nitschke told Newsweek that he anticipates wide availability in 2018 and potential licensed use in Swiss clinics. He also intends the Sarco to be 3-D-printable, allowing its creation anywhere in the world.

Nitschke is no newcomer to the topic of assisted suicide. The 70-year-old Australian physician founded the international nonprofit Exit International in 1997 and clashed in numerous instances with the Australian medical and legal establishment. He co-authored the 2006 book "The Peaceful Pill Handbook" and has advocated several open-source methods of assisted suicide and voluntary euthanasia.

Suicide – assisted or otherwise – has always been a divisive subject. Do human beings have the right to choose the time, place and manner of their death? If so, what assistance should be available to them? These questions will remain hotly contested for the foreseeable future, but the Sarco pod at least forces us to rethink what voluntary euthanasia could look like.

You're Not Alone
Are you troubled by suicidal thoughts? You're not alone, and a sympathetic ear is only a phone call away. In the United States, consider calling the National Suicide Prevention Hotline at 1-800-273-8255 and visit their website for additional resources tailored toward general and specific needs, such as those of youth, disaster survivors, Native Americans, veterans, loss survivors, LGBTQ and attempt survivors. You'll find a list of international suicide hotlines right here. 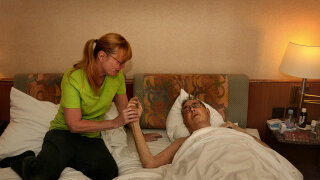 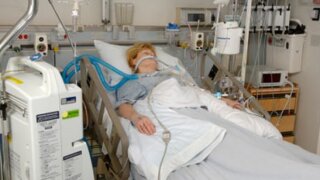 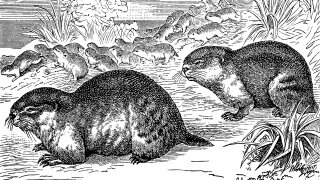