What are the Symptoms of West Nile Virus?

Although West Nile gets a lot of press attention each summer, it is actually difficult to contract. The odds of being bitten by an infected mosquito are extremely slim, and the odds of becoming seriously ill following a bite are even slimmer. Approximately 80 percent of those who are bitten by an infected mosquito will have no symptoms at all. Approximately 20 percent will have mild, flu-like symptoms (such as fever, muscle aches, headache and swollen glands). Symptoms usually emerge within three to 14 days after the bite.

Less than 1 percent of people bitten by an infected mosquito come down with the most serious nervous-system conditions related to West Nile:

Symptoms of the most serious forms of West Nile virus can include:

The neurological effects of these conditions can be permanent. Anywhere from 5 to 15 percent of people with the most severe form of West Nile virus die. West Nile fatality rates are highest among the elderly.

Once someone has had West Nile virus (even the mild version), he or she becomes immune to it. Doctors can identify whether a person has West Nile virus by doing a blood test that detects the presence of antibodies to the virus. Computerized tomography (CT) or magnetic resonance imaging (MRI) can detect swelling in the brain associated with encephalitis. 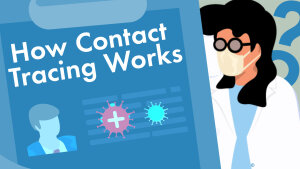