by Mark Mancini Sep 5, 2019
Scottish physician James Lind's recommendation that fresh lemon juice be included in the diet of seamen resulted in the wiping out of scurvy from the British Navy. Bettmann/Getty Images

There's a huge gulf between your standard pop culture pirates and the real-life criminals who inspired them. Movies, novels and TV shows expect pirate characters to embrace rigid stereotypes — including some with no historical basis.

But these narratives tend get one thing right: Just like many of their fictional counterparts, the pirates of yore had a healthy fear of scurvy.

Caused by a prolonged lack of vitamin C in one's diet, scurvy has been affecting people since time immemorial. Symptoms include tooth loss, slow-healing wounds and arrested bone growth. And if left unchecked, it can ultimately result in death.

So, in other words, this ailment is far more dangerous than you may realize. Scurvy remains at large today, with those living in poverty being especially prone to the disorder.

Many animals — including over 4,000 kinds of mammals — never get scurvy because they produce their own vitamin C. But a handful of creatures are unable to manufacture it. These unlucky beasts include fruit bats, guinea pigs and primates like us.

Scientists don't know why our ancestors lost the ability to make vitamin C. Other species use the GULO gene to create an enzyme that's needed for the vitamin's production process. However, in the human body, that gene isn't functional.

We thus have no choice but to acquire vitamin C by ingesting it. Lemons, oranges and other citrus fruits are loaded with the stuff, as are fresh green veggies like broccoli and spinach. You can also find it in potatoes, tomatoes and red peppers — among other things.

That might help explain humankind's GULO gene problem. Our distant ancestors lived in lush, tropical areas and got plenty of vitamin C in their fruit-heavy diets. So, if a random mutation prevented some individuals from manufacturing the vitamin, it wouldn't have hurt their odds of survival because fruits and vegetables were widely available.

Since the mutation was harmless, natural selection didn't weed it out. Over time, this genetic quirk spread. Unfortunately, by the dawn of human civilization, Homo sapiens had settled in places where vitamin C-rich foods weren't always easy to find.

Vitamin C plays a critical role in collagen synthesis. In case you hadn't heard, collagen is a protein that's used to support the body's connective tissues. Tendons and bones derive much of their strength from collagen fibers. Likewise, the protein helps the skin heal when injured. It also lends a hand in reinforcing the walls of your blood vessels.

Even though we don't manufacture vitamin C, our blood streams are really good at distributing it around the body. But if you go 60 to 90 days without ingesting any vitamin C, and your internal supply dips below 300 milligrams (0.01 ounces), scurvy will begin to take hold.

At first, it's hardly noticeable. In early stages of scurvy, the victim feels lethargic, weak and achy. He or she may also experience weight loss and a reduced appetite. As time wears on, the symptoms get more grotesque — unless the afflicted person rights the ship by ingesting more vitamin C.

Scurvy patients sit in a station for abandoned children in Russia during the famine of 1921-22. Like older Russians, the children ate "famine bread" made of leaves, grass and clay, which resulted in severe malnourishment.
Bettman/Getty Images

Unchecked scurvy causes the gums to swell, bleed and loosen the teeth at their roots. Elsewhere, joint and muscle pain breaks out. The skin loses its ability to form scar tissue, so old wounds may reopen as new ones refuse to heal. While that's going on, rampant hemorrhaging leaves visible splotch marks on the victim. And deeper down, the bones themselves become enfeebled.

If the disorder isn't treated, things go from bad to worse. Fevers arise, gangrene sets in, and the eyes bulge outwards. Slowly but surely, the patient will die — often as the result of a fatal hemorrhage in the heart or brain. The explorer Robert Falcon Scott wrote that once late-stage scurvy takes hold, "death is a merciful release."

Scott died in the Antarctic in 1912, by which time scurvy had been a global nuisance for thousands of years. Hippocrates was aware of it, and an Egyptian document written in 1500 B.C.E. describes the malady's symptoms. Scurvy would later become prevalent during the Crusades, when armies were made to march across vast distances with limited access to fresh fruits and vegetables. Scurvy also claimed a number of lives during the Irish Potato Famine and the American Civil War.

Nowadays, most people associate it with sailing. But early seafarers, like the Phoenicians and the Vikings, who only carried fresh food on voyages, did not report suffering from the disease. However, between 1500 and 1800, around 2 million sailors died of scurvy, the leading cause of naval death, outstripping battles and disasters. This was due to the poor diet of sailors – they ate mainly food that would not spoil on long voyages, like salted meats, hard biscuits, beer and peas. No fresh fruits or veggies on the menu. Living conditions aboard ship were also cramped and damp, which spread the disease, as research has shown that people need more vitamin C in cold damp conditions.

The affliction's prevalence on the high seas started to decline after 1747, when Scottish physician James Lind conducted the world's first clinical trial to demonstrate that lemons and oranges could cure scurvy. (He gave different groups of sailors a variety of treatments for scurvy and the citrus-eating group was the only one to recover.) Although Lind wasn't the first person to suggest citrus as a cure, his published writings have been credited with spreading the knowledge. Some 40 years later, in 1795, the British Navy finally decreed that each sailor be given a daily ration of lemon juice (later lime juice) and scurvy started to disappear from its fleet.

Yet despite Lind's breakthroughs — and those of subsequent researchers like Albert Szent Györgyi — scurvy was never completely eradicated.

Around the world, scurvy cases tend to pop up in communities where residents do not have reliable access to foods that are rich in vitamin C. Following a 2017 drought, an outbreak of the disorder occurred in Kenya's Tana River County. It's also been reported that a full 95 percent of Paris, France's homeless population is vitamin C-deficient — and therefore vulnerable to scurvy.

Over in the United Kingdom, the rate of scurvy-related hospital admissions rose by 27 percent between 2009 and 2014, with a corresponding increase in malnutrition. And in recent years, multiple cases of scurvy have been documented within the United States, with the victims usually hailing from low-income families.

Children, elderly people, individuals with food allergies and "crash dieters" may also be at risk of developing scurvy. But here's the good news: Scurvy isn't hard to treat. Post-diagnosis, it can be remedied by increasing the victim's supply of vitamin C. One can usually expect to make a complete recovery after about three months, but bleeding in the gums and skin can stop in as little as 24 hours after receiving the proper treatment.

Now That's Interesting
For millennia, many of the Arctic's indigenous peoples subsisted on a traditional, meat-based diet which almost entirely excluded vegetables and fruits. Yet, to the surprise of European explorers, these communities rarely witnessed scurvy outbreaks. It turns out that some raw, uncooked meats are a pretty good source of vitamin C. Also, lots of animal organs (like caribou livers) are naturally rich in it.

Can a Country Buy Another Country? 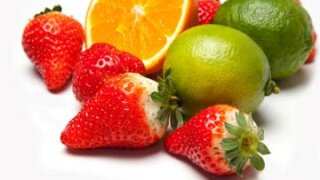 How does vitamin C benefit skin? 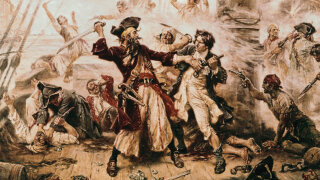