What are the stages of emphysema? 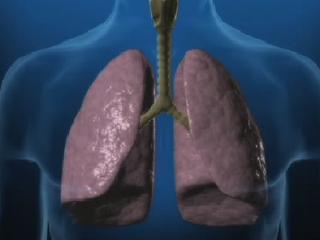 Emphysema is a chronic respiratory disease, where the small air sacs in your lungs, called alveoli, become damaged and destroyed, impairing the process of oxygen exchange into your blood. There are four stages of emphysema. The stage that you are at will determine the treatment path taken.

The first stage is being “at-risk” of getting emphysema. Lung tests appear normal at this stage of the disease but you may have symptoms of a chronic cough and mucous production. The second stage is called mild emphysema. The symptoms are similar to the at-risk stage, but changes begin to appear on spirometry tests. You might also notice increased frequency of mucous production, but your symptoms will not be severe enough that they affect your daily activity.

By the time you reach the third stage of emphysema, you will be quite aware of your symptoms and may seek medical help. Your airflow will be worsening on spirometry tests and you will find that you become short of breath when you do strenuous activity, such as exercising or working hard. The final stage of emphysema is the severe stage. At this point, you will feel short of breath from the smallest of activities and may find yourself gasping for air. You will be prone to developing complications, such as acute bronchitis or pneumonia, and you are at risk of developing respiratory failure or heart failure. You will feel exhausted and will probably require oxygen. You may find yourself losing weight because the effort of breathing is so strenuous that you are burning up calories.

A doctor will decide whether you have emphysema and which stage of the disease you are at by performing a number of tests. These include listening to the lungs with a stethoscope, monitoring breathing patterns, doing a spirometry test to determine your lung capacity and airflow, performing arterial-blood-gas and pulse-oximetry measures, and doing chest X-rays.