How to Cure A UTI Naturally

Browse the article How to Cure A UTI Naturally 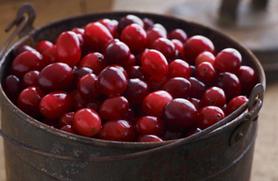 If you are a woman, particularly a woman who is sexually active, then you may already know that Urinary Tract Infections (UTIs) can strike at almost any time for any reason. They're one of the most uncomfortable ailments to experience. From the burning and constant urge to urinate, it's a feeling that you'll want to rid yourself of immediately.

Antibiotics are the traditional medicine for UTIs. They clear up your system quickly and relatively painlessly.

So What's the Problem With Antibiotics?

Some people believe in antibiotics, but others don't. Drug companies certainly aren't the most the most eco-friendly—their factories produce pollution and their drugs come decked out in plastic. Some think that antibiotics kill off good bacteria, leaving your immune system weaker.

While UTIs are something that you should definitely treat through a doctor if your symptoms persist for longer than 2 days or so, there are still natural things you can do to help snip them from their start without spending much money or using many resources.

1. Cranberry Cranberry has been proven to help acidify the urine and prevent the UTI bacteria from sticking to the walls of the bladder. Make sure you drink 100% cranberry juice or eat actual cranberries, though. All of the unnatural sugars and other substances in regular store-bought juice won't do you any favors.

2. Baking Soda When you first feel the symptoms of a UTI, mix a teaspoon of baking soda with eight ounces of water. It's gross tasting, but you'll be happy you did it. Baking soda raises the PH level of the irritating and acidic urine during a UTI attack.

3. Uva Ursi Uva Ursi is an herb you can get at most natural food and drug stores. Although the scientific evidence seems to be controversial, this herb may have antiseptic properties.