There's a famous myth that the tongue is the body's strongest muscle. It's not really true -- and not by any definition of strength. But that shouldn't make the tongue any less impressive. This muscular organ is vital for jump-starting the digestive process by guiding and molding food as well as perceiving its taste and texture, shaping the mouth to create speech and, of course, kissing. But what is this unusual muscle? And how does it move to perform its diverse responsibilities?

The tongue is composed of skeletal muscle fibers. Unlike the cardiac muscle or smooth muscle of the organs and digestive system, skeletal muscle can be willingly controlled. This allows for the tongue's mobility. The muscles that lace throughout the organ secure it to surrounding bones and create the floor of the oral cavity. Mucous membrane covers the skeletal muscle and protects the body from microbes and pathogens.

The tongue is an accessory digestive organ which, along with the cheeks, keeps food between the upper and lower teeth until it's sufficiently masticated, or chewed. The tongue is also a peripheral sense organ, one that helps perceive the sensation of taste and responds to pressure, heat and pain. The organ's flexibility allows for speech.

In this article, we'll learn about the anatomy of the tongue and its digestive, gustatory and lingual roles.

The tongue is able to move in nearly every direction, expand, compress and display a fine degree of articulation. Such muscular control allows us to manipulate our food and speak. The organ's ability to transform into a variety of shapes comes from its composition of skeletal muscle interspersed with fat.

The tongue and its muscles are laterally symmetrical: a median septum divides the organ into two halves. The tongue is made up of two types of muscles: extrinsic and intrinsic. Extrinsic muscles originate from elsewhere in the body and attach to the tongue. They connect with surrounding bones and help the organ move up and down, from side to side and in and out. The tongue's extrinsic muscles all end in "glossus," which, unsurprisingly, means "tongue." The genioglossus depresses the tongue and thrusts it out. The styloglossus raises and withdraws the tongue. The palatoglossus raises its back. And, the hyoglossus lowers the tongue's sides.

Despite the tongue's fine degree of articulation, the extrinsic muscles also keep it firmly lashed in place. The muscles connect to the mandible, or jawbone, the hyoid bone, a U-shaped structure that supports the tongue, and the styloid processes of the temporal lobes. The styloid processes suspend the hyoid bone with muscles and ligaments, making it the only bone that doesn't come into contact with another.

Mucous membrane covers the tongue's mass of muscles and fat. The double-layered membrane helps block microbes and pathogens from entering the digestive system and other body cavities that come into contact with the outside. The epithelial layer of the mucous membrane secretes mucus that helps moisten the mouth and food.

The tongue is also an important organ for the perception of taste. In the next section, we'll learn about the tongue's role in taste.

One for the Books

If you're someone whose lingual frenulum keeps your tongue firmly secured to the floor of your mouth, news that some tongues can extend nearly four inches beyond a closed top lip may come as a shock. The United Kingdom's Stephen Taylor holds the Guinness World Record for longest tongue. His octopuslike appendage extends 3.74 inches (9.5 centimeters) beyond the center of his closed top lip [source: Guinness World Records].

The Tongue and Taste

While the tongue's muscles guide food between the teeth and shape it so that it's digestible, the peripheral sense organ is perhaps better known for its role in the perception of taste. The tongue not only detects gustatory (taste) sensations, but also helps sense the tactile, thermal and even painful stimuli that give food its flavor.

Most people mistake the bumpy structures that cover the tongue's surface for taste buds. These are actually papillae: goblet-shaped elevations that sometimes contain taste buds and help create friction between the tongue and food. Taste buds are smaller structures, tucked away in the folds between papillae. Every taste bud is made up of basal and supporting cells that help maintain about 50 gustatory receptor cells. These specialized receptors are stimulated by the chemical makeup of solutions. They respond to several primary tastes: sweet, salty, bitter, sour, umami (savory) and fat, which some scientists claim might be a sixth taste. When a stimulus activates a gustatory cell, the receptor will synapse with neurons and send an electrical impulse to the gustatory region of the cerebral cortex. The brain interprets the sensation as taste.

Each gustatory receptor cell has a long, spindlelike protrusion called a gustatory hair that comes into contact with the outside environment. The hair extends from a small opening, or taste pore, and mingles with molecules of food introduced by saliva. The saliva solution contains digestive enzymes that help break down foods chemically. Saliva is secreted by three major salivary glands -- the parotid, submandibular and sublingual glands -- as well as other small salivary glands contained within the tongue and mouth.

Aside from the tongue's ability to detect gustatory stimuli, it also perceives temperature and the complex tactile sensations that food scientists call mouth feel. The tongue, along with the rest of the mouth, helps determine a food's texture, oiliness, chewiness, viscosity and density.

In the next section, we'll learn about how the tongue functions in speech.

How Many Licks Does It Really Take?

Engineering students at Purdue University and the University of Michigan used licking machines to get to the bottom of the eternal question: "How many licks does it take to get to the Tootsie Roll center of a Tootsie Pop?" Purdue's machine averaged 364 licks while Michigan averaged 411. However, these robot tongues may have been inefficient. Hungry humans took 252 licks at most in other Tootsie tests [source: Wired].

The Tongue and Speech

The muscular articulation that allows the tongue to guide food through mastication and deglutition also gives humans the ability to speak. The tongue is so vital an instrument of speech, it has become a metonym, or alternate term, for language. When people refer to their native or mother tongue or call an eloquent orator a "silver tongue," they are referring in part to the tongue's close connection to speech.

Phoneticians, people who study the sounds of speech, use the position of the tongue to classify universal vowel sounds. The traditional phonetics system used less precise descriptions like high vowel, heard in the "I" of "machine" or "U" of "rule," to describe the tongue's arch to the roof of the mouth. They also employed its counterpart, low vowel, heard in the "A" of "father" or "had," to describe a flat, low tongue position. Other descriptors, like mid vowel, front vowel and back vowel, helped provide a general understanding of the tongue's position in speech.

However, the traditional system didn't account for the tongue's changing shape. A more modern system of eight cardinal vowels allows trained phoneticians to describe the vowels of any language. The cardinal vowel system plots the tongue's height and position toward the front or back of the mouth in relation to the other seven positions.

Malformations in the tongue can sometimes hinder speech. The lingual frenulum, a fold of mucous membrane that connects the tongue's underside to the floor of the mouth, is occasionally responsible for speech problems. The condition of a shortened membrane is called ankyloglossia, or more popularly, "tongue-tied." However, some medical studies debate the assumption that ankyloglossia affects normal speech [source: Encyclopaedia Britannica, "Tongue-tie"].

Because of the tongue's importance, prominence and delicacy, it is often subjected to mutilation or modification. While outright tongue removal is sometimes practiced in brutal warfare and torture, tongue modification has grown increasingly popular with people cultivating an alternative image. Tongue-splitting, also called tongue bifurcation, involves splitting the tip of the tongue along median septum in order to create a forked appearance. Some lawmakers have criticized the practice, which is often performed without anesthesia with just a heated scalpel or fishing line threaded through a piercing, as a form of mutilation. The American Dental Association opposes tongue-splitting along with its more conventional cousin, tongue piercing. Both practices can cause swelling and infection [source: American Dental Association].

To learn more about the tongue and taste, sample the links in the next section.

Well, it depends on how you measure strength. Technically, the strongest muscle in the human body is the masseter, or jaw muscle. However, much of the masseter's strength comes from the jaw's leverlike power. The quadriceps and gluteus maximus are strongest in terms of striated muscle fiber density. And if you measure strength as endurance, one tireless muscle obviously beats even the most diligent tongue waggers: the heart. 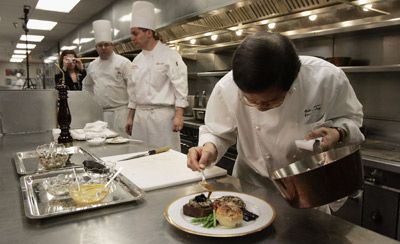 Up Next
How Taste Works
Explore More 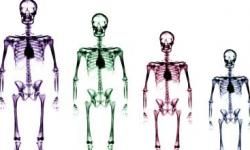