The Tongue and Speech 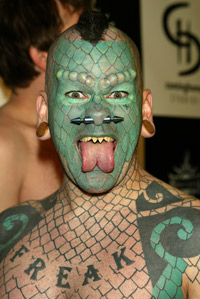 The muscular articulation that allows the tongue to guide food through mastication and deglutition also gives humans the ability to speak. The tongue is so vital an instrument of speech, it has become a metonym, or alternate term, for language. When people refer to their native or mother tongue or call an eloquent orator a "silver tongue," they are referring in part to the tongue's close connection to speech.

Phoneticians, people who study the sounds of speech, use the position of the tongue to classify universal vowel sounds. The traditional phonetics system used less precise descriptions like high vowel, heard in the "I" of "machine" or "U" of "rule," to describe the tongue's arch to the roof of the mouth. They also employed its counterpart, low vowel, heard in the "A" of "father" or "had," to describe a flat, low tongue position. Other descriptors, like mid vowel, front vowel and back vowel, helped provide a general understanding of the tongue's position in speech.

However, the traditional system didn't account for the tongue's changing shape. A more modern system of eight cardinal vowels allows trained phoneticians to describe the vowels of any language. The cardinal vowel system plots the tongue's height and position toward the front or back of the mouth in relation to the other seven positions.

Malformations in the tongue can sometimes hinder speech. The lingual frenulum, a fold of mucous membrane that connects the tongue's underside to the floor of the mouth, is occasionally responsible for speech problems. The condition of a shortened membrane is called ankyloglossia, or more popularly, "tongue-tied." However, some medical studies debate the assumption that ankyloglossia affects normal speech [source: Encyclopaedia Britannica, "Tongue-tie"].

Because of the tongue's importance, prominence and delicacy, it is often subjected to mutilation or modification. While outright tongue removal is sometimes practiced in brutal warfare and torture, tongue modification has grown increasingly popular with people cultivating an alternative image. Tongue-splitting, also called tongue bifurcation, involves splitting the tip of the tongue along median septum in order to create a forked appearance. Some lawmakers have criticized the practice, which is often performed without anesthesia with just a heated scalpel or fishing line threaded through a piercing, as a form of mutilation. The American Dental Association opposes tongue-splitting along with its more conventional cousin, tongue piercing. Both practices can cause swelling and infection [source: American Dental Association].

To learn more about the tongue and taste, sample the links in the next section.

Well, it depends on how you measure strength. Technically, the strongest muscle in the human body is the masseter, or jaw muscle. However, much of the masseter's strength comes from the jaw's leverlike power. The quadriceps and gluteus maximus are strongest in terms of striated muscle fiber density. And if you measure strength as endurance, one tireless muscle obviously beats even the most diligent tongue waggers: the heart.