by Robert Lamb Nov 14, 2017
Lots of things can affect a bystander's decision to perform CPR, including the person's socioeconomic status, location and gender. Jan Otto/E+/Getty Images

Does gender influence your chances of surviving a heart attack? Available data suggest that it does, according to preliminary findings presented at the November 2017 Resuscitation Science Symposium — and it seems to stem from bystander hesitation to administer cardiopulmonary resuscitation (CPR) to women in public.

Authors Audrey Blewer, M.P.H., and Dr. Benjamin Abella, both of the University of Pennsylvania Center for Resuscitation Science, found that men are 1.23 times more likely to receive bystander CPR in public settings, bumping up men's odds of survival in such incidents by 23 percent.

CPR is that well-known system of chest compressions and artificial ventilation designed to aid people during cardiac or breathing emergencies. Survival in these situations depends on quick response, and CPR can make a vital difference by preserving brain function until medical professionals arrive on the scene. In fact, CPR can double or triple a victim's chances of survival from cardiac arrest says the American Heart Association.

And yet, as Blewer points out in an interview with HowStuffWorks, less than one-third of the cardiac arrests in the United States actually receive CPR. As such, researchers have zeroed in on many of the perceived barriers to CPR response, including socioeconomic status and even geographic location. This study, however, marks the first known exploration of gender barriers to CPR response.

Blewer and Abella looked at data from the Resuscitation Outcomes Consortium, entailing 19,331 residential and public cardiac events in the U.S. and Canada. They found that while men and women received around the same rate of CPR assistance in the home (36 and 35 percent, respectively), women in public settings received significantly less assistance: 39 percent compared to 45 percent for men.

In other words, family members and close loved ones in a household environment don't seem to discriminate based on gender. Out in public, however, female gender seems to present a stumbling block for some bystanders.

"From this, we know that it probably alludes to barriers to CPR delivery in the public, but we don't know exactly what these barriers may be," Blewer says. "We can definitely hypothesize that there might be uncertainty among different people, particularly when it comes to pushing on a female's chest, but I think what it basically speaks to is the need to characterize the bystanders and understand what the barriers are to bystander CPR delivery."

Abella pointed out that one of the challenges with the study is that the data doesn't capture why a bystander acted or not.

"We have to learn more about why bystanders act or don't act, but as you might imagine it's hard to query," Abella said. "Because in a cardiac arrest event in public, for example, some random person acts and performs CPR, but when the ambulance arrives, they often fade into the background. The ambulance crew doesn't have time to get their name and number. They often may not want to give it anyway. And all of a sudden that information is completely lost."

In an ideal world, Abella would love to sit down with bystanders and tease out their motivations – and indeed this tactic might factor into future studies. Ultimately, however, the battle likely will be one in public messaging and CPR training – training that typically features a male or unisex CPR torso.

The ultimate goal for Blewer and Abella is to increase the overall CPR response rate —and the first step is to identify the reasons that we sometimes fail to act.

Now That's Sad
Ninety percent of the people who experience cardiac arrest outside of the hospital die, says the American Heart Association.

Millennials Say They Have No Time for Vacation

Why Do So Many Women’s Sports Still Incorporate Skirts? 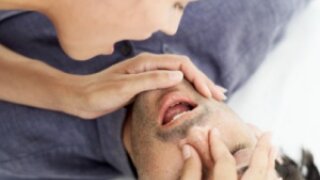 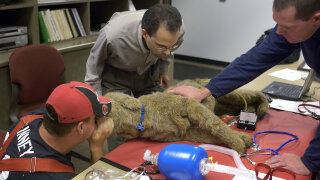 How to Give Your Dog CPR 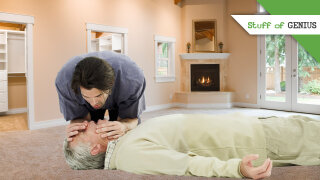