What is the future of family medicine? 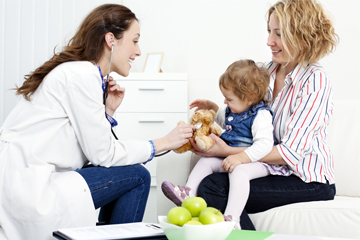 The focus of family medicine doctors isn't necessarily just to treat a particular pain but rather the entire patient. Sometimes that involves a team of health care professionals with different specialties working to serve the patient.
Miodrag Gajic/Getty Images

It's easy to misunderstand the term "family medicine" and assume that it has to do only with parents and children. Also known as general practice, it's an approach to medicine in which a physician is dedicated to treating the entire patients -- that is, looking at every aspect of their health and well-being, rather than focusing upon a particular organ or disease, as specialists do. Ideally, family medicine practitioners follow their patients throughout their lives, and act not just as healers but advocates to make sure they get the right treatment from the health care system [source: AAFP].

That's more relevant than ever in an era in which many have complained that health care is depersonalized and dehumanizing [source: Carey]. So it's no surprise that family medicine is growing rapidly. Business Insider reported that in 2014, general practice doctors ranked as the No. 1 profession in terms of both job growth and salary, with their numbers increasing at a rate of nearly 10 percent annually, and compensation reaching an average $176,530 a year [source: Smith].

Family medicine is changing with the times. To improve quality of care, practitioners are embracing a model called patient-centered medical home (PCMH). In the past, patients might have relied entirely upon their doctor's knowledge and education -- the physician's decisions were pretty much made solo and he or she provided all treatment.

Today, in contrast, family practice physicians are bringing in nurse practitioners and dietitians and forming teams in which they share expertise and handle different parts of patient needs. "Maybe a nurse practitioner is the best person to fill out a school form," explains Dr. Charles Cutler, in a 2013 interview with Medical Economics. "Maybe a trained dietitian is the best person for the specifics of dietary care. But if you're experiencing symptoms of pneumonia, you should be seeing me," he continues. Cutler is a Norristown, Pennsylvania, doctor who is chairman of the American College of Physician's Board of Regents.

But family medicine practitioners still have a way to go if they're going to achieve what Dr. Eugene Farley, credited with founding the field, envisioned in the 1960s. Farley, who worked with impoverished patients on a Navajo reservation and in a rural upstate New York town, wanted doctors to see their patients as part of larger communities. In coming up with treatment strategies, he believed that doctors needed to address the social, economic and family stresses that affected patients and deal with those as well [source: Ventres and Frey]. Perhaps a new generation of doctors who feel more connected to their patients' lives will try to heal society, too.