by Alia Hoyt Mar 3, 2017
Cancer patient Caroline Whitley has her vital signs checked by a nurse as she gets her chemotherapy treatment at the Cape Fear Valley Cancer Center in Fayetteville, North Carolina. Forty percent of 40 percent of cancer clinical trials were unable to en... Chris Hondros/Getty Images

Dave Bexfield of Albuquerque, New Mexico, was diagnosed with multiple sclerosis, a chronic disease of the central nervous system, in 2006. Three years later he applied for a clinical trial sponsored by the National Institutes of Health that involved a stem cell transplant.

"My trial listed a 5 percent chance of death," he says via email. "When I initially considered the trial, I dismissed it with a laugh. I would have to be desperate to consider participating. Six months later, when I went from using an occasional cane to a walker, I was desperate."

Bexfield says the trial saved his life. Within a few months of completion in 2010, he could walk again unaided. "The gains held for about four years before my walking got worse again. I'm still above baseline in most areas though," he says.

Without the game-changing advances afforded by clinical trials, modern medicine might have stalled out a long time ago. "Everything we know about treating breast cancer today we know as a result of clinical trials," explains Susan Brown, senior director of education with Susan G. Komen. "We really consider those people who were asked in the past to participate in a clinical trial to be heroes. We are standing on their shoulders."

Despite the inherent nobility of contributing to medical advancement, participation levels for clinical trials are often lackluster. "Today, only about 3 percent of adult patients with cancer participate in clinical trials, which limits patient access to new interventions that could treat, or even cure, their cancer," says Dr. Julie M. Vose, immediate past-president of the American Society of Clinical Oncology in an email interview. "It also limits the ability of researchers to learn from a large patient population. Patients with low socioeconomic status, older adults, and ethnic and racial minority groups are underrepresented in clinical trials."

In fact, a 2013 analysis of cancer trials found that a whopping 40 percent of trials were unable to enroll the minimum number of participants.  Another survey showed only 35 percent of Americans said they were likely to enroll in a clinical trial. So, what's the deal? Here are some of the reasons why people don't participate in trials — even if it might save their life.

Breast cancer patient Heraleen Broome, who is participating in a clinical trial, is helped by CT Tech Sandra Davis after having a CT scan at the UCSF Comprehensive Cancer Center Aug. 17, 2005 in San Francisco.
Justin Sullivan/Getty Images

We've already mentioned cancer a couple of times, but clinical trials are being done all the time in virtually all areas of medicine. "Most people don't realize that many clinical trials are looking for healthy individuals, not just people with a diagnosis of a specific disease or condition," says Dr. Jessica Langbaum, with Banner Alzheimer's Institute and the Alzheimer's Prevention Initiative (API), in an email interview.

People diagnosed with diseases often mistakenly assume that their doctor will suggest appropriate clinical trials if they are out there. Although some physicians are very dialed in to ongoing research, many aren't, or simply don't have time to sift through all opportunities for their patients.

"Physicians outside of an institution with clinical trials may not know which trials are being done locally and who to contact. Therefore, referrals from very skilled physicians may never make it to the clinical trials team," says Dr. Jared Brosch, a neurologist at the Indiana University Health Neuroscience Center, in an email interview.

Vicky Carr is a breast cancer survivor turned patient advocate for Susan G. Komen. As part of her role with the advocacy group, she counsels current patients about the various aspects of clinical trials. "I tell them that clinical trials are available to women at all stages of the breast cancer journey," she says, refuting the common misconception that trials are only for people currently undergoing chemo or radiation. "I tell them that doctors don't always tell them [about the trials]. The unwritten secret is doctors lose your business if you go somewhere else. They will give you their honest opinion, though, if you ask."

People interested in participating in clinical trials can certainly consult physicians, but they also can consult a significant number of online resources dedicated to connecting patients with studies. The National Institute of Health (NIH) lists several databases, including ClinicalTrials.gov, which allows users to search by condition or location. BreastCancerTrials.org is another disease-specific option where Carr herself was matched with an appropriate study.

2. The Trial Locations Are Inconvenient.

Geography is a major problem with clinical trials because they tend to be in specific locations that often are not convenient to patients. Carr, who lives just outside Washington, D.C., took a day trip via bus every four weeks for four years for a trial that will hopefully prevent her cancer from returning and metastasizing.

The multiple sclerosis study that Dave Bexfield, who runs the site ActiveMSers, participated in, required 10 roundtrip flights from Albuquerque to Houston, including initial treatment and follow-up/monitoring trips. His costs eventually were covered by his insurance company (after a fight), but not everyone has the luxury of taking so much time off work.

Carr recalls multiple women whose personal and financial limitations kept them from receiving faraway treatments. One, in particular, stands out. "Teresa lived in Wisconsin. When her cancer came back it was small and localized," Carr recalls. "She had a very limited income. There was something [an appropriate trial] a state away, but even just the gas to go there often was not something she could go to. She's dead now."

Before you write off a possibly life-saving study, however, it's smart to know the terms, since some will pay travel and hotel expenses. "It's important for people to understand what they will need to pay for, what their insurance will pay for and what expenses will be covered by the trial itself," Susan G. Komen's Brown notes.

How can clinical trials benefit you? Watch and learn more by visiting our website: https://t.co/4pdYLN0RNw #clinicaltrials #cancerresearch pic.twitter.com/PA9Te5Xeet

3. Patients Worry About Getting the Placebo.

A lot of people are afraid of going through all that trouble only to wind up with a placebo. "The truth is that everyone enrolled [in cancer clinical trials] will either get the standard of care that's available today, or the treatment that has the potential for being more effective than the standard care," Brown explains. "No one goes without treatment."

"Most trials are very conscious of this [placebo worry] and design trials to be more patient friendly," adds neurologist Brosch. "A couple of ways this is done is to have several treatment groups and a single placebo group.  Sometimes the chances of receiving placebo is only 25-33 percent. Crossover designs allow every participant to receive [the] drug at some point during the trial.

"Another commonly used incentive in neuroscience is the open label extension trial. This is a special trial that allows participants who completed the main trial to have guaranteed access to the drug at the end. It is a great incentive but also helps the pharmaceutical companies gather longer term data on the drug exposure."

4. They Also Worry About Safety.

Rebecca Edelberg, a program coordinator at Alosa Health in Boston, remembers working on a project while completing her master's degree in public health that involved recruiting participants to drink a brand of bottled water and respond verbally to some questions.

"It was pretty much the most benign and low impact intervention you could imagine, and yet, I was shocked by how many people declined to participate!" she emails. "In many instances, I detected a general mistrust toward the concept of 'research,' and therefore a reluctance to participate. I believe this was exacerbated by two factors: 1) We were recruiting youth, and obviously parents have a natural tendency to be extra protective of their children and 2) our patient population was primarily low income and/or people of color, communities that have a history of being taken advantage of and/or subject to harm under the guise of research." For instance, the Tuskegee experiment.

"Clinical trials have connotations of untested or unsafe procedures on lab rats," says Dr. Eugene Gamble, a U.K.-trained periodontist who has conducted his own clinical trials. "Even with extensive explanation, some people are a little unsure about the safety of what is being undertaken and the phrase 'so I'm a guinea pig' has been used more than once."

However, by the time a drug gets to the stage of being tested on humans, the researchers have already tested this out on cells grown in a lab as well as on animals. These are called pre-clinical studies. Clinical trials are done only after pre-clinical studies suggest that the treatment is likely to be safe and will work in people. The research must also be approved by the U.S. Food and Drug Administration.

Several factors affect whether a person is accepted into a study, including previous treatments, other medical conditions and the type of disease or stage of cancer. "So, you can see then that people who are diagnosed with early stage disease are likely to be eligible for more trials than patients who've undergone treatment," Brown explains.

Bexfield got into his study by the skin of his teeth. "For my stem cell trial, I barely qualified. At first I was almost too healthy, and then by the time I entered I was almost too disabled," he recalls. "I had to walk 100 meters unaided, and managed just barely after training for a month."

But the researchers and doctors we spoke with emphasized the need to have a wider pool of participants. "Clinical trials need men and women participants, of all races and ethnicities, to ensure that the intervention works for everyone, and if it doesn't, why not. Raising awareness of these issues will help researchers find participants for their studies," says Langbaum of Banner Alzheimer's Institute.

Now That's Cool
Here are just two of the studies looking for volunteers: GeneMatch needs healthy people aged 55-75 to participate in Alzheimer's-related studies. Are you a veteran with post-traumatic stress disorder (PTSD)? Consider inquiring about this study, which matches trained service dogs with vets to see how the pups affect quality of life and activity.

Odd, Outstanding & Outrageous: Our Best Stories You Might Have Missed This Week 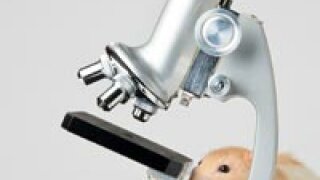 How to Volunteer in a Clinical Trial 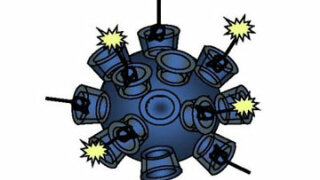 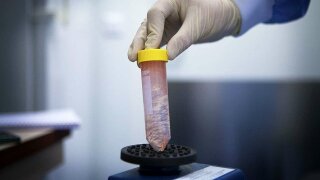