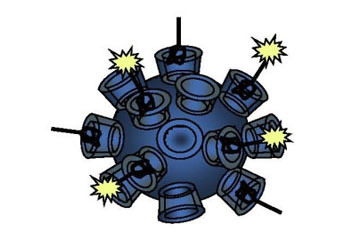 This schematic shows a targeted nanoparticle used in a CalTech study that is made of a unique polymer and can make its way to human tumor cells in a dose-dependent fashion.
CalTech/Derek Bartlett

Cancer rules as the most lethal ailment in the entire world -- killing 7.4 million people across the globe in 2004 [source: World Health Organization]. It wreaks havoc inside our bodies by causing out-of-control cell growth. However, thanks to advancements in cancer treatments, we're actually moving in the right direction in the war on cancer.

In fact, our survival rates are improving. From 1975 to 1977, the five-year survival rate for cancer was 50 percent. Advance to 1999 to 2005, and that rate grew to 68 percent [source: American Cancer Society]. That's good news. And, as we continue to move forward, there is even more hope. Let's discuss a few of the promising soldiers in this war.

In one development, those soldiers take the form of itty-bitty robots called nanobots that sneak into our cells to correct the genetic mutations causing cancer. Researchers at the California Institute of Technology (Caltech) took the nanobot concept and combined it with a technology from more than a decade ago called RNA interference. In RNA interference, particles enter a cell and interfere with the genetic code. In this case, it's going after the part containing the mutation. The California team found that they could put these particles inside nanobots, send them inside the bloodstream and start knocking out the cancer mutations. This tactic is now being tested in 15 patients in a phase I clinical trial sponsored by Caldano Pharmaceuticals [source: California Institute of Technology, Hill].

But nanobots are just the beginning of what's happening in the advancements in cancer research. 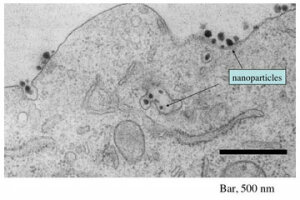 How will nanorobots help cure cancer? 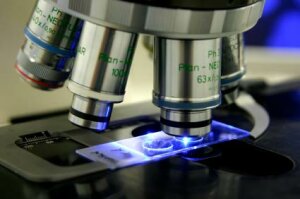