Do antibiotics affect your birth control? 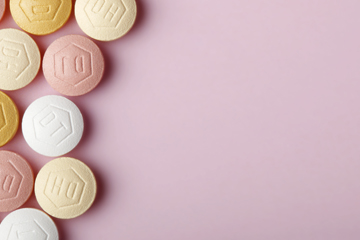 No studies have shown that antibiotics (apart from rifampin) weaken the effectiveness of oral contraceptives -- or that they don't.
Johanna Parkin/Getty Images

If you're one of the millions of women who take oral contraceptives (otherwise known as "the pill"), you might be wary of taking antibiotics. Maybe your doctor has warned you to use a secondary method of birth control if you need to take a course of antibiotics. Or perhaps you've seen the warnings on prescription bottles saying that antibiotics decrease the effectiveness of oral contraceptives. But what exactly does "decrease" mean? Do you need to panic if you forget to use backup birth control or is the chance so minute that you shouldn't stress?

Fortunately for the forgetful women out there, the latter is the case − the warnings are more of a "better safe than sorry" measure than a foreshadowing of an impending unplanned pregnancy. But (and isn't there always a "but") they're not totally without basis. There is one antibiotic with a proven connection to oral-contraceptive failure. Rifampin, a drug used to treat tuberculosis, has long been known to decrease the effectiveness of the birth control pill. For reasons that are largely unknown, rifampin reduces blood levels of ethinyl estradiol and progestin, two hormones in oral contraceptives that actively work to suppress ovulation. The drug causes the liver to flush out these hormones more quickly than normal, making it possible for you to ovulate and perhaps become pregnant.

If you're prescribed rifampin you know that caution is definitely warranted. But what about the other kinds of antibiotics, of which there are seemingly thousands? You can breathe easy: There doesn't seem to be a need to worry if you're taking any other type. In fact, there have been exactly zero studies showing that antibiotics weaken oral contraceptives. But − and this is where the warning labels come in − there have also been exactly zero studies showing that antibiotics don't weaken oral contraceptives.

In normal conditions, oral contraceptives have about a 3 percent failure rate [source: DeRossi]. In studies of women taking both oral contraceptives and antibiotics, there have been "breakthrough" pregnancies, but the rates have fallen well within that 3 percent. It's impossible to tell whether the contraceptive failures were caused by the antibiotics or if they were just part of the normal rate. There also hasn't been a lot of research on this issue − some studies have examined as few as seven subjects, and even the largest has had fewer than 800. They haven't included a wide variety of antibiotic types or a large range of time courses, either. Hence, the warning labels.

So, the warnings are kind of a toss-up. They might not really be necessary, but obviously the medical community would rather not risk any kind of controversy (or lawsuits) on the matter. If you're on the pill, there's no evidence to suggest that you have a greater chance of getting pregnant while taking antibiotics − unless that antibiotic happens to be rifampin, of course. It never hurts to use backup birth control, but you really have nothing to worry about if you don't.

What constitutes a medical emergency?
What does it take to eradicate a disease?
What exactly is an Army flight medic?