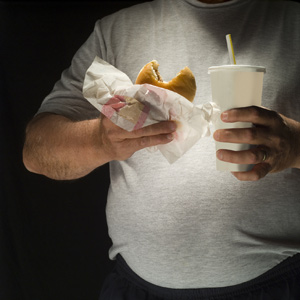 Lipitor should be combined with a healthy diet, unlike the one seen in this photograph.
© iStockphoto.com/bttoro

Lipitor is a medication used to lower bad cholesterol, more formally known as low-density lipoprotein (LDL). The drug is meant to be used in addition to an exercise regime and a healthy diet; you can't, in other words, take Lipitor and eat whatever you want without any effect on cholesterol. For some people, though, diet and exercise may not be enough to control cholesterol, because so much of it is made by the body.

Maintaining healthy levels of cholesterol has an enormous impact on your heart health, and unlike risk factors such as age or family history, cholesterol counts are a manageable risk factor for heart disease. High cholesterol levels in the blood can clog arteries, leading to a heart attack. Lipitor could lower bad cholesterol by 39 to 60 percent, depending on the dosage [source: Lipitor].

Lipitor also works to a lesser extent to increase high-density lipoproteins (HDL), or the good cholesterol; the medication has been shown to raise HDL by 5 to 9 percent [source: Lipitor]. Lowered levels of this good cholesterol can also increase the risk of heart disease, because HDL carries away extra cholesterol to the liver, thus removing it from the bloodstream and lowering your cholesterol count.

Because Lipitor reduces the risk of heart disease, the U.S. Food and Drug Administration (FDA) has recognized Lipitor as a way to reduce the risk of heart attack, certain kinds of heart surgeries and chest pain. It's also an approved way to reduce the risk of strokes, which are like heart attacks in the brain. While Lipitor can help stave off that first stroke, it's also an effective way to prevent a possible second. In a 2006 study published in the New England Journal of Medicine, researchers found that patients taking Lipitor after their first stroke saw a 16 percent reduction in the risk of another stroke compared to subjects taking a placebo [source: Rosalind Franklin University of Medicine and Science].

On the next page, we'll explore some side effects commonly associated with Lipitor.