by Kate Kershner Aug 7, 2017
Surgical adhesives that stick well to tissues are hard to come by. So a team of researchers developed a supersticky glue that drew inspiration from slug slime. Wodicka/ullstein bild via Getty Images

Have you ever gotten out of the shower and attempted to put a bandage on your dewy, freshly washed skin? If so, you know that wet skin makes the adhesive hard to stick, and it's pretty annoying. But that problem is even worse if the organ you're struggling to tape up is slick with blood and pulsing with a heartbeat, to boot.

Now, an international team of researchers has found another way to bandage organs when stitches or staples are a bit rough for the job. And you'll be glad to know that they're using a perfectly nontoxic, natural substance for the job: slug mucus.

OK, not exactly — the researchers actually used the extremely sticky mucus from the Dusky Arion slug (aka Arion subfuscus, a brown slug found in Europe and North America) as a basis for a synthetic surgical adhesive that could be used on fragile organ tissue. A good adhesive for biological tissues must be able to stick extremely well to a slippery surface, and stay a bit flexible too. Many existing adhesives are too toxic, too expensive, not flexible enough or not sticky enough to work on tissue wounds.

So, the study authors looked to nature for a solution, a practice called biomimicry. They found that the slug produces a gluelike, stretchy substance when it's on the defensive, trying to hold its ground to avoid being snatched. The slime contains a chemical that's positively charged, which causes it to stick like crazy to negatively charged tissues and cells. It also bonds to tissue chemically, and physically through interlocking proteins.

Using these mechanisms as a starting point, the researchers designed a tough adhesive that can be applied via a patch that looks kind of like a strip of gelatin or plastic wrap, or through an injectable solution. The glue has two layers: an adhesive and a flexible matrix. They work together to form a strong, sticky adhesive that could be used in tissue repair and wound dressings.

The mucus-inspired adhesive worked beautifully at sticking to pig skin, cartilage, beating heart, artery and liver, as well as stemming the bleeding from and healing wounds in rat livers. And it didn't show adverse effects during a 24-hour test on human cells. So, give that slug on your tomato vine a break today. It just might be the inspiration for a life-saving intervention down the road.

Now That's Cool
You didn't think we'd let you go without a fact about slug genitalia, did you? Dusky Arions have both female and male sex organs, and sometimes the male genitalia of two slugs will become entangled during mating. The slugs will bite off their male genitalia to get loose (a process called apophallation), and from then on will reproduce solely as females.

Why Most of Us May Never Get Verified on Twitter 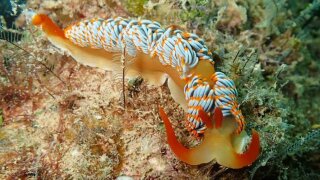 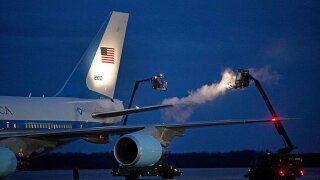 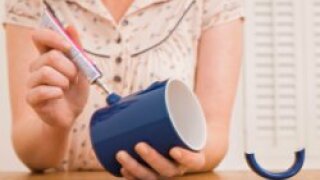 What makes super glue so super?