by Jesslyn Shields Mar 9, 2017
When does preference for a very limited range of food become an affliction? Marc Bttler/EyeEm/Getty Images

Many of us know at least one picky eater — that person who only eats french fries, peanut butter crackers, cheese pizza, chicken nuggets or cereal. For many of us, this person is also 5 years old. But it's very possible for adults to be especially picky as well. Highly selective food preferences among adults might have begun in childhood, but while friends went on to learn to enjoy sushi and kale salads, some found it tough to move beyond the basics.

Picky eating (PE) among adults is a relatively new area of research for psychologists, and at this point there's no way to say with any certainty where it comes from, or even if it's worth worrying about. In many adult picky eaters, their pickiness is pretty benign — they eat only from a limited range of foods with no physical health or psychosocial problems. But when their eating habits starts to affect the quality of life for someone or those around them, things get trickier.

When it comes to picky eating, the line between preference and diagnosis-worthy condition is fuzzy.
Chad Johnston/Getty Images

For some picky eaters, adults and children alike, behaviors can include not wanting to try new foods (neophobia), not being able to tolerate different foods touching on a plate and only eating french fries from a certain restaurant. These habits can turn into a diagnosable eating disorder like avoidant/restrictive food intake disorder (ARFID), which was previously known as selective eating disorder (SED) and is generally accompanied by weight loss (or in children, inability to gain weight) and nutritional deficiency. And it sometimes even turns into another eating disorder like anorexia or bulimia. ARFID can also emerge from problems with low appetite and low food enjoyment, or from fears of negative consequences associated with eating, like choking or having to go to the bathroom.

Because the study of picky eating adults (PEAs, as some self-identify) is relatively new, it's hard to say how common it is, at what point it becomes a problem, how to diagnose it, and how to treat it — if it needs treating at all. But it's gotten to a point where a support group called Picky Eating Adult Support exists for those "with different tastes," according to the organization's motto. In the video below, PEAS spokesperson Amber Scott speaks out about her life. (She's also been featured on an episode of "Dr. Phil" and the "20/20" segment "My Strange Affliction.)

However, picky eating doesn't usually just sneak up on somebody one day — studies show that most adult picky eaters report experiencing PE in childhood. Take 57-year-old real estate broker Marla Lopez, who also goes by the French Fry Lady. According to her PE blog, she has only tasted a handful of foods in her entire life — most of them the color white. She has never even tasted a vegetable other than a potato, and after cooking scrambled eggs for her son for 20 years, she finally became inured to the smell of them to the point of being able to try them in 2012. She will occasionally eat them these days, but only if they're cooked extremely well done.

Lopez is an outspoken adult picky eater, but the condition is sometimes difficult to diagnose because not everybody is vocal about their habits — and there isn't a reliably objective way to measure pickiness, or to parse preference from affliction.

So how would someone get diagnosed with PE to begin with? Jordan Ellis, a doctoral student in Clinical Health Psychology at East Carolina University, studies PE, and has co-written a study that presents a way to measure these behaviors.

"Most past research has relied on simply asking an individual whether or not they consider themselves to be a picky eater," says Ellis. "Our new measure, the Adult Picky Eating Questionnaire (APEQ), looks at multiple aspects of picky-eating behavior, including rigid food preferences, lack of food variety, meal disengagement and avoidance, and aversion to bitter and sour tastes. We hope to start to understand which of these aspects are most related to problems and which could best be targeted through treatment."

Although treatment might not be necessary for all picky eaters, on the severe end of the PE spectrum, their eating habits can cause real psychosocial distress: PEAs experience anxiety around eating situations, they get depressed, experience obsessive-compulsive symptoms or lower quality of life. At this point, researchers can't say for sure whether it's the embarrassment around their limited eating habits that causes psychosocial distress in PE in adults, or the other way around — but it's possible it goes both ways.

If food dislikes start to affect other parts of someone's life, something more than just preference may be the cause.
Dave and Les Jacobs/Getty Images

Regardless, no recommended treatment for severe PE or ARFID in adults currently exists, although some researchers are having some success using cognitive-behavior therapy and exposure therapy techniques with more extreme PE and ARFID adults in their clinics. However, no large clinical trials have been conducted.

"There is a real lack of research in PE adults, but we know not all PE behavior is pathological — not even close," says Ellis. "We would really like to learn more about people who truly struggle with these eating difficulties, and learn how to help improve their psychosocial functioning."

There's more to the world than french fries and chicken strips, but that's not the case for some adults.
Lauri Patterson/Getty Images
Now That's Interesting
Picky eating might have evolved in humans to keep children from poisoning themselves. When babies start to walk, they have a whole world full of stuff to put in their mouths; toddlers hating the flavors of most potential foods could prevent the risk of poisoning during these first years of relative independence.

Amazing, Absurd and Abnormal: Our Best Stories You Might Have Missed This Week

Wild Lemurs Get Their Own Facial Recognition Software 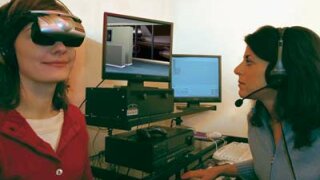 How can doctors use virtual reality to treat phobias? 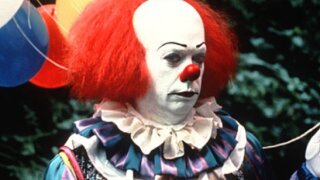 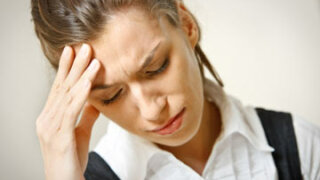 What is mental health?