Mental Illness, a prolonged disturbance of thought and emotion, marked by behavior not appropriate to reality. As used by most medical researchers and practitioners, the term does not include mental retardation, which means the failure to develop normal intelligence. Mental illness differs from insanity in that insanity is a legal term, not a medical one. The term applies either to certain specific types of mental illness or to severe mental retardation.

The causes of mental illness are varied and sometimes unknown. Among the numerous organic causes are imbalance of neurotransmitters, biochemical substances that facilitate nerve impulse transmission; deterioration of central nervous tissue by diseases or drugs; injury to the brain by a hard blow to the skull; and inherited emotional abnormalities.

Some kinds of mental illness result from severe emotional stress, especially if such stress occurs in infancy or early childhood. Such illnesses are called psychogenic. Many psychiatrists believe that mental illnesses are seldom entirely psychogenic, but are produced by a combination of causes. For example, manic depression and schizophrenia, which were once thought to be purely psychogenic, are now believed to be the result of severe emotional stress upon persons suffering from inherited constitutional defects.

Some behavior problems of organic origin disappear with successful treatment of the cause. For example, erratic behavior caused by a brain tumor usually ends with surgical removal of the tumor. Behavior problems such as phobias or unresolved and unconscious tensions can be treated with such psychological techniques as psychoanalysis.

Many hospitals have programs for discharged patients that include halfway houses, where they can live for a limited time and learn basic skills before taking on an independent life, and group homes, where a small number of people live together and manage their housekeeping and cooking on their own while social workers visit regularly. Some communities have clinics that cooperate in such programs; these clinics may also treat patients with mild disorders and help prevent more serious illness.

The National Mental Health Association sponsors research on mental illness, promotes the founding of mental health clinics, and provides information about mental illness. It was formed in 1909. Headquarters are in Alexandria, Virginia.

The National Institute of Mental Health, an agency of the U.S. Public Health Service, promotes research on mental illness and provides technical assistance to other mental-health agencies. The National Alliance on Mental Illness, one of the earliest of these groups, was established in 1979. 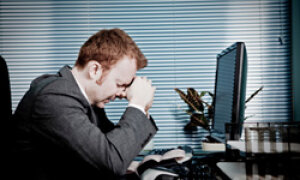