Clark Aposhian never thought that he'd have a "colleague" at the Harvard School of Public Health. Aposhian is one of Utah's top gun lobbyists, chair of the Utah Shooting Sports Council and a certified instructor for Utah's concealed carry permit. In his experience, public health advocates were liberal eggheads who sat squarely on the opposite side of the political divide over gun control.

"All we'd hear from them is, 'Lock up your guns, get rid of your guns, guns are bad,'" says Aposhian. "And all they heard from us was, 'Guns are good, more guns, we need greater access to guns.'"

But then he met Cathy Barber, a suicide prevention expert with the Harvard Injury Control Research Center, who shared a simple, yet startling statistic. In Utah, 86 percent of all gun deaths are suicides.

Aposhian had dedicated his life to firearm training, safety and advocacy, but he had no idea that the vast majority of gun-related deaths in his home state — and more than two-thirds of gun deaths nationwide — weren't murders or hunting accidents, but suicide.

"I had an epiphany," says Aposhian. "All the clamoring on both sides over homicides and illegal use of firearms and accidents, the biggest bang for the buck if you want to decrease the number of gun deaths is going to be suicide."

Nearly 45,000 Americans die from suicide every year, and more than half of those deaths come from guns. States with more guns per capita — like Utah, Montana, Idaho and Colorado — have higher suicide rates. Not because gun owners are more likely to suffer from mental illness, but because suicide attempts with guns are nearly always fatal.

That's why Barber at Harvard created the Means Matters campaign, to explain that access to a gun in a moment of suicidal crisis can be the difference between life and death. The decision to commit suicide happens surprisingly fast, with 24 percent of suicide survivors saying only five minutes passed between the moment they decided to end things and the suicide attempt itself. In that five minutes, people reach for the most lethal means they can get their hands on.

If it's a gun, the suicide attempt will be fatal between 85 and 90 percent of the time. Other means aren't nearly as lethal. An overdose of pills, for example, is deadly in only 1.5 percent of suicide attempts. Restricting access to a gun during an acute emotional crisis, research shows, saves lives and gives people a chance to get help. Ninety percent of suicide survivors do not go on to die by suicide.

But for suicide prevention advocates like Barber to get the Means Matters message into the communities hardest hit by gun-related suicides, they had to cross a gaping political and cultural divide. When gun store owners and Second Amendment supporters hear words like "restricting access to guns," they think of government intrusion, more laws, and outsiders coming in to take their guns away.

Robert Gebbia is the CEO of the American Foundation for Suicide Prevention (AFSP), the largest such organization in the country. He freely admits that neither he nor any of his state chapter directors could walk into a gun store or firing range and start talking about the deadly relationship between firearms and suicide.

"We have zero credibility," says Gebbia. "We don't know the language."

Groups like the AFSP needed partners on the inside who had that kind of credibility. In 2009, Barber helped launch the Gun Shop Project in New Hampshire, a two-way collaboration between public health professionals and firearms dealers to educate the gun-owning community on what they can do to keep friends and loved ones safe in times of emotional crisis.

Taking their lead from the Gun Shop Project, now in more than a dozen states, Gebbia and the ASFP joined forces with the National Shooting Sports Foundation (NSSF), the nationwide trade association for the firearms industry, to raise awareness of what gun retailers and gun owners can do to identify the warning signs of mental stress and keep guns temporarily out of reach of people in crisis.

"The partnership with the NSSF gives us both access and credibility," says Gebbia. "All of a sudden, our volunteers in that community are welcomed into that gun shop, and we've already provided materials to 8,000 retailers across the country."

Jacquelyn Clark owns the Bristlecone Shooting, Training and Retail Center outside of Denver. She's worked closely with the Colorado chapter of the Gun Shop Project to make sure that the pamphlets and training materials addressing suicide prevention contain the type of language that connects with her customers rather than alienating them.

"A lot of the mental health messaging tends to come from the left, and hardcore Second Amendment people are always worried that they're trying to take their guns away, or recommending that they surrender them and never getting them back," says Clark.

Clark says that 99 percent of the people who frequent her gun range and retail store are responsible firearm owners who come in for a training class or to ask the staff a question, because "they want to do a good job." The suicide prevention message that resonates with them is something called the 11th Commandment.

Any gun owner who's taken a basic safety course knows about the "10 commandments" of firearm safety, things like always pointing the gun in a safe direction and keeping your finger off the trigger until you're ready to shoot.

"The '11th commandment' is to be alert to signs of suicide risk in friends and family, and help keep guns from them until they've recovered," says Barber at Harvard. "Once you say it, it makes sense to people, especially if they understand that you're not attacking guns."

Aposhian in Utah doesn't necessarily see suicide prevention as a gun safety issue. To him, gun safety is avoiding accidents by teaching both adults and children how to use and store a gun safely.

With suicide, Aposhian says, "We're talking about purposefully grabbing a gun to do harm to ourselves. It's a completely different realm."

He thinks a more effective suicide prevention message follows the model used by campaigns against drunk driving. If your friend's had too much to drink, Aposhian says, "you take their keys and do whatever it takes to not let them drive home because you care about them."

Same thing if a friend is going through a painful divorce, just lost a job, or experiencing symptoms of PTSD. You go to their house, put your arm around them, tell them you love them and are worried about them, and then suggest that you "babysit their guns for a few days." Not "take their guns away," but put them in temporary storage outside the home.

The ultimate goal of these suicide prevention partnerships between public health advocates and the firearms community is to make more gun owners aware of the issue, and to feel comfortable having those hard conversations. There's no new laws being proposed or restrictions placed on access.

The American Foundation for Suicide Prevention has run models showing that if half of Americans who buy a gun between now and 2025 get a pamphlet about suicide prevention, and only one in five of them actually read it, it will still save 9,000 lives, which "would be amazing in itself," says CEO Gebbia.

In response to a rash of suicides on shooting ranges, gun shop owners like Jacquelyn Clark in Colorado train their staff to recognize signs of mental distress and to refuse to rent guns to first-time customers shooting alone. 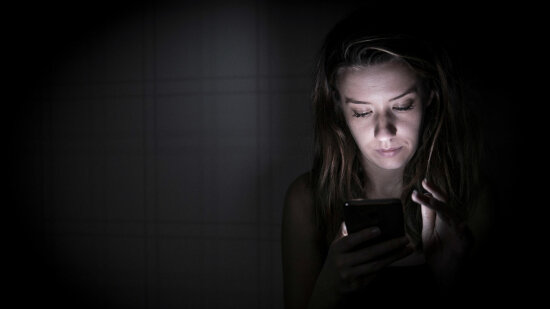 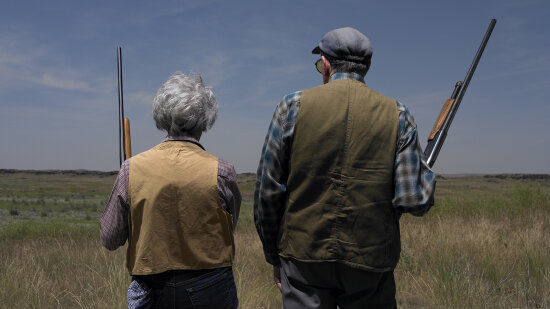 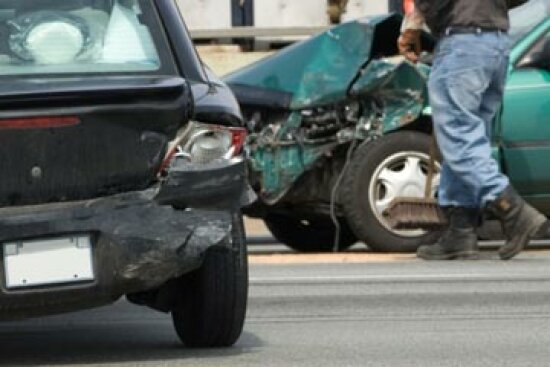