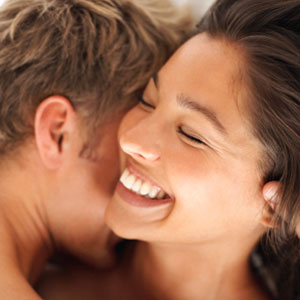 "There's nothing in the world like the devotion of a married woman; it's a thing no married man knows anything about." — Oscar Wilde

So how can you tell if it's love or lust? To get developmental perspective, we posed the question — and a few others — to anthropology professor Helen Fisher of Rutgers University:

Q:  What is the relationship between love and lust and do we often confuse the two?

A:  There are different emotional and physiological components to both love and lust. Romantic attraction and feelings of love for someone elevates our dopamine and serotonin levels, which causes feelings of elation and loss of appetite. When we get to the point of feeling attachment and a more long-term phase of love, our bodies generate more oxytocin (known as the "hormone of love").

Lust, sex drive and an appetite for sex can visit during this process and is generated by increased testosterone levels in both men and women. Heightened levels of testosterone inspire a feeling of focused attention and sexual arousal.

Q:  Is infidelity a natural phenomenon?

A:  We definitely have the circuitry to be adulterous. There are Darwinian reasons why cheating has evolved. If a man has two children with one woman and more children with another, more of his DNA will be present in the next generation, which includes the genes associated with adultery! It perpetuates itself.

Q:  Who are more adulterous, men or women?

A:  Roughly 25 percent of men and 15 percent of women will be adulterous during marriage. This is really hard to quantify, but it is fairly common in both sexes. What is interesting is that adultery seems to be decreasing.

A:  Possibly because both men and women are more independent and can leave an unhappy marriage more easily these days. We also find that men and women are marrying later, divorcing more and living longer, leaving them single for more of their adult lives. They are less adulterous as a result of spending less time married.

Q:  Do sex and love mean different things to men and women?

A:  Men are more inclined to have one-night stands, and women tend to connect love and sex to a greater degree. Women connect sex with romance and intimacy, while men focus more on body parts and functioning. What's interesting is that men tend to consider sex a more intimate act than women do. From an evolutionary standpoint, this makes sense because women are actually giving men a gift during copulation — the opportunity to spread his seed. It is also easier for women to find sexual partners.

A:  Young men have 10 times more testosterone in their early 20s, and this is the peak of their sex drive. It tends to level out after that. On the other hand, a woman's sex drive peaks in her late 20s and early 30s. As a result of decreased testosterone as men age, they tend to become more compassionate as their levels go down. Conversely, as a woman's estrogen level decreases with age, she will become more assertive. This has to do with the fact that the proportion of testosterone in a woman's system plays a larger role as the estrogen decreases.

Q:  What role does attractiveness play in this love-lust equation?

A:  We find that highly attractive couples tend to divorce more — probably because they have more opportunities to form new relationships. In general, we tend to couple with people who have a similar level of attractiveness. We also find that men tend to fall for pretty faces, while women are highly attracted to men with fat wallets. From an evolutionary standpoint, this makes sense because men are looking to improve their gene pool while women are looking for men who will help to support their children. 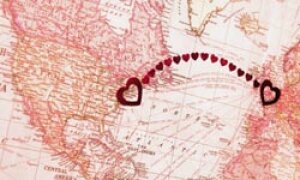