5 Ways That Love Is Good for Your Health 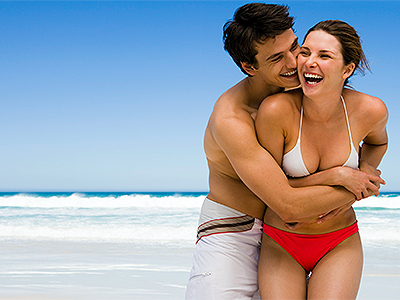 Companionship is proven to keep your heart strong and healthy.
Stockbyte/Thinkstock

Whether you consider Valentine's Day to be "Single People's Awareness Day," another irritating hallmark holiday or just a day to celebrate the people you love, one thing is for sure: Love is good for you.

Love comes in all shapes in sizes – your boyfriend/girlfriend, husband or wife and your best friends and family. Regardless of your impression of Valentine's Day, celebrate this month of love because love makes us happier and healthier.

This is not exclusive to love between romantic couples – close friendships with loving friends have the same effect! A 2010 study found that people with quality relationships had lower blood pressure than their less social counterparts. In fact, the loneliest people in the study saw a 14.4-point rise in systolic blood pressure when compared to their popular peers [Journal of Psychology and Aging].

Love Decreases a Person's Likelihood of Being Depressed

Being in love is proven to decrease a person's likelihood of being depressed. A recent study found that subjects who were recently married scored an average of 3.42 points lower on the 84-point depression scale than unmarried subjects [Journal of Health and Social Behavior].

Your husband may occasionally give you a cold, but believe it or not, couples in love have less frequent annual visits to the doctor than those without love in their life. A study by Wilkes University found that having sex at least once a week increases your levels of IgA, the antibody that fights illnesses and keeps us healthy [WebMD]. Oxytocin may play a role, too. This important hormone is released when we kiss or touch someone we love, and studies show that it can suppress stress hormones and boost immunity.

Other experts believe that immunity isn't just increased by regular sex but also has to do with the ability to keep people close. Be sure to plan dates with both your friends and significant other.

Love Leads to a Longer Life

The National Longitudinal Mortality Study has found that married couples have a longer lifespan than unmarried couples. Married men are also half as likely to suffer from a heart attack, while some studies claim that both married men and women have drastically lower rates of serious diseases such as diabetes, heart disease, Alzheimer's and lung disease [National Longitudinal Mortality Study].

Love Can Keep You in Shape

Though it is a hotly debated subject, experts estimate that sex burns about 150 calories for every 30-minute steamy session.

And not only that, but reaching orgasm can improve sleep, reduce pain and reduce chances of prostate cancer in men, according to a Harvard Medical School study. If that's not an excuse to have some "alone time," with your significant other, I don't know what is.

Stand by Me: Having Childhood Friends Reaps Health Benefits for Men
A New Cure for Cancer: Marriage
Top 10 Marriage Myths