by David Popenoe
Prev NEXT
5 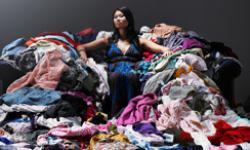 Living standards during a divorce can decrease due to added stress.
Ryan McVay/Lifesize/Getty Images

Divorce Myth: Following divorce, the woman's standard of living plummets by 73 percent while that of the man's improves by 42 percent.

Fact: This dramatic inequity, one of the most widely publicized statistics from the social sciences, was later found to be based on a faulty calculation. A reanalysis of the data determined that the woman's loss was 27 percent while the man's gain was 10 percent. Irrespective of the magnitude of the differences, the gender gap is real and seems not to have narrowed much in recent decades.