Sharing the Burden: Tips for Dividing Household Responsibilities With Your Spouse

Greater numbers of men are getting involved as parents — and wanting to. Men help with chores and child care. In dual-income families, men are doing 45 percent of the chores, though that percentage does not necessarily increase once a child comes along. A 1991 study by researcher Marjorie Starrels found that the first child adds 91 percent to a woman's domestic workload — and hardly any to the father's. However, one in four men now do most of the grocery shopping.

Men and women also tend to stick to gender-typed chores. He replaces the light bulbs. She does the laundry. He takes out the garbage. She cooks dinner. He takes his son to baseball games. She soothes the scrapes on the child's knee.

One reason for the persistence of inequities at home may be women themselves. Even in relationships in which the couple aims to share the burdens, many women keep their partners from traditional tasks and child-care responsibilities, or set impossible standards. He doesn't load the dishwasher correctly. When he cooks he doesn't clean up as he goes along; he leaves the dishes for later.

This isn't just a man talking. In 1993, psychologists at Boston University followed 100 parents for five years. Often, women sabotaged any possibility for true equality. They saw themselves better at certain tasks, and more natural nurturers.

More recently, researcher Alan Hawkins at Brigham Young University in Utah put a number on it: 21 percent of working mothers are such "gatekeepers." Concludes Hawkins: "There are issues of ownership and identity that women bring with them, even New Age women who are involved in a career and have husbands who are trying to be involved. The same woman who complains about her husband sometimes gatekeeps."

While men are helping with chores and children more than ever, research also shows that women are still doing most of the work, putting in most of the time — and sometimes preventing their partners from increasing their role.

At the same time, men can feel neglected. They may clamor for attention until it seems, in the words of Harvard psychologist Alice Domar, as if "he becomes just one more kid you've got to take care of." 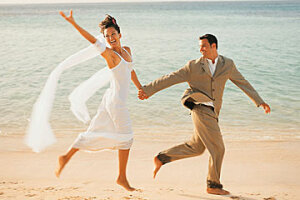 How to Build Marital Bliss 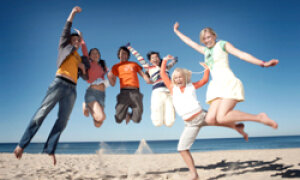 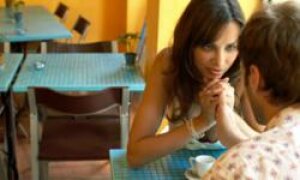