Is Empty Nest Syndrome a Myth? 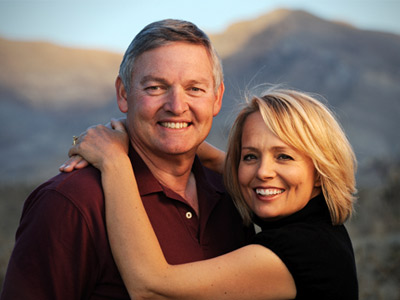 Some couples find their empty nest years a perfect time to travel.
© iStockphoto.com/EricVega

Empty nest syndrome is not formally recognized in the Diagnostic and Statistic Manual of Mental Disorders (DSM-IV), the authoritative word in mental health issues. Still, while empty nest syndrome may not be an official condition, there's no shortage of anecdotes about how awful the empty nest can be. Marriages fall apart as parents have nothing to do but wait for sporadic phone calls and visits.

Many researchers are coming to believe that these stereotypes are more the exception than the rule. A 2008 study published in Psychological Science found that rather than heading for divorce court, most couples experienced a higher rate of marital satisfaction because they had more time together [source: Parker-Pope]. But the study revealed that it wasn't just quantity that counted, it was quality, likely because women were less taxed with housework or consumed with a child's demanding schedule [source: Association for Psychological Science]. Parents have also generally found that relationships with children become stronger once they've flown the nest, as parents begin to serve less of a disciplinarian role and become more like advice-giving peers.

­Additionally, many studies on empty nest syndrome have been conducted on parents already seeking help or therapy for the condition [source: Forman; Raup, Myers]. In a survey of approximately 1,100 mothers, only 10 percent of those who had experienced an empty nest reported feeling acute loneliness or having trouble adjusting to the change. In the same survey, more than 25 percent of mothers said that their favorite stage of motherhood was, in fact, the one in which their children no longer lived at home [source: Forman].

Because that reason may imply negative feelings about motherhood, we may not hear much about these mothers because they don't want to admit to such feelings. Still, even the happiest and healthiest of moms may have trouble choking back tears after helping to decorate a child's first apartment. Many universities now offer lectures and programs to help parents adjust to the change, and some parents form support groups. Such a group also provides a good way to get out of the house and mingle a little. If your child was in fact the center of your world, then it's time to turn the focus back to yourself. If the depression and grief lasts longer than a few months, it may be time to seek counseling.

For more on the empty nest and other midlife health concerns, see the links below. 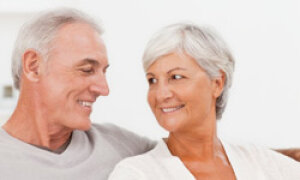 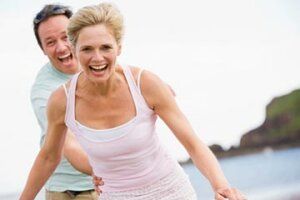 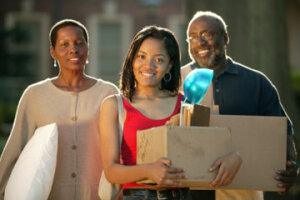