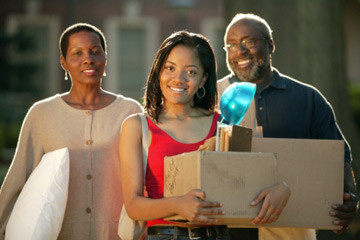 While you may be excited that your last child is moving off to college or her first adult home, getting comfortable in an empty nest takes some time.
Comstock Images/Thinkstock

According to CIGNA HealthCare, family life cycles have five stages:

Here, we're going to dive into one particular life cycle phase, launching adult children into the world. When children-turned-young-adults begin to move out of the family home, parents may find themselves deciding not only what to do with the spare bedroom, but also what to do with themselves.

Empty nest syndrome, sometimes known as the post-parental period, isn't a medical condition. It can be a combination of separation anxiety, sadness, satisfaction and possibility -- maybe with a dash of adventure thrown into the mix. And just like the family life cycle, it too has stages, although they're less defined.

Life can be full of unexpected changes, but transitioning from full house to empty nest is one that all parents know will eventually come. Learning how to embrace your newly empty nest is just one part of the journey of parenthood. Children leaving home can change you just as bringing home your first child once did.

Often, though, it's the anticipation of children leaving home that's worse than the reality of the empty nest.

Children leaving the nest is hardly the end -- it's not the end of being a parent or the end of your relationship with your kids. Let's look at the numbers: Life expectancy for Americans is about 78 years, on average, and the average age a woman has her first child is roughly age 25 [sources: Stein; Wilson]. If you do the math, a firstborn child could be about 50 at the time of a parent's death. That's not to be grim, but rather to point out that today the odds are in your favor that you'll not only be alive and well to see your children enter adulthood, but that you'll also live to see them succeed and become parents (or even grandparents) along the way.

Next, let's look at some of the mixed emotions an empty nest can stir up, as well as ways parents can cope with the transition.

Do you have empty nest envy? 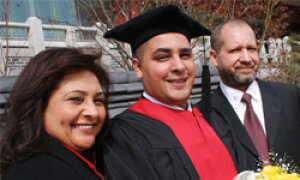