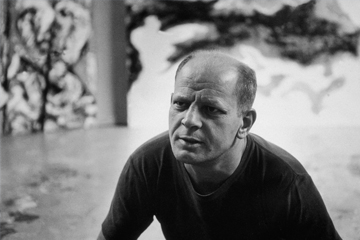 "Write drunk, edit sober" is my approach to this article. Just kidding — that clever quip represents Peter De Vries' approach to writing novels [source: Goodreads]. Whether true or not, it calls to mind the cliché that alcohol boosts creativity. But is this notion rooted in reality? For insight, let's look at some examples.

History gives us many cases of creative geniuses who drank alcohol, some to excess. One of America's most famous painters of the 20th century was Jackson Pollock, who battled alcoholism throughout his life [source: Biography]. Celebrated singers have also succumbed to alcohol addiction, with Amy Winehouse providing a recent example [source: Guardian]. American icon Marilyn Monroe drank to excess, and alcohol was linked with her tragic death [source: Kashner].

The literary world may have more than its share of alcohol enthusiasts, including Tennessee Williams, William Faulkner and F. Scott Fitzgerald [source: Morrison]. Hunter S. Thompson once said, "I'd hate to advocate drugs, alcohol or insanity to anyone — but they've always worked for me" [source: Royal College of Psychiatrists].

With so many examples of devotion to drink among famous artists, one might conclude that intoxication fuels creativity. Fortunately for anyone who's considering a career in the arts, the opposite is true. In fact, alcohol likely stifles creativity, especially if consumed in large quantities.

The essential problem with the persistent misconception that alcohol boosts creativity is that it's difficult to dispute. Rarely does anyone make the news for being creative and sober.

According to British addiction expert and psychiatrist Dr. Iain Smith, while many great artists are known for their heavy reliance on alcohol, much of their most important work was likely done while sober [source: Royal College of Psychiatrists]. "The idea that drugs and alcohol give artists unique insights and powerful experiences is an illusion," he said. "When you try and capture the experiences [triggered by drugs or alcohol], they are often nonsense" [source: Royal College of Psychiatrists].

An additional perspective is that while moderate or occasional drinking may temporarily boost creativity in some people, the long-term negative effects of alcohol on creative expression outweigh that boost [source: Pritzker]. And those long-term effects include some pretty nasty symptoms, especially in the brain, such as impaired memory and learning problems [source: National Institute on Alcohol Abuse and Alcoholism].

What's the true role of alcohol in creativity? Alcohol is an excellent tool for boosting confidence and feelings of well-being. In a 2012 study, researchers showed that when subjects consumed alcohol, their brains released an excess of endorphins known to cause feelings of pleasure and reward [source: University of California San Francisco]. Similarly, a French research team recently reported an alcohol-related boost in self confidence in study participants, even when the beverages were secretly swapped with non-alcoholic ones. It turns out you don't necessarily need to drink the alcohol, you just need to think you do [source: Beque].

So, if you're an emerging artist, turning to booze won't help your creativity, but it's possible that a drink might make you more confident about presenting your creative work to the world. It makes you wonder whether a correct understanding of alcohol's role in creativity may have changed the path of one of the many creative giants who suffered alcohol's ill effects.