Biology of a Hangover: Congeners 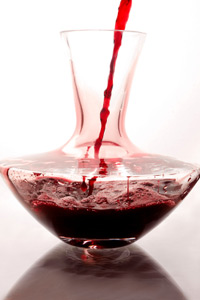 Different types of alcohol can result in different hangover symptoms. This is because some types of alcoholic drinks have a higher concentration of congeners, byproducts of fermentation in some alcohol.

The greatest amounts of these toxins are found in red wine and dark liquors such as bourbon, brandy, whiskey and tequila. White wine and clear liquors such as rum, vodka and gin have fewer congeners and therefore cause less frequent and less severe hangovers. In one study, 33 percent of those who drank an amount of bourbon relative to their body weight reported severe hangover, compared to 3 percent of those who drank the same amount of vodka.

Because different alcoholic drinks (beer, wine, liquor) have different congeners, combining the various impurities can result in particularly severe hangover symptoms. Additionally, the carbonation in beer actually speeds up the absorption of alcohol. As a result, following beer with liquor gives the body even less time than usual to process the toxins.