Is It Legal to Give Your Pet Medical Marijuana?

by Dave Roos Jan 4, 2017
Many people swear their pets have benefited from marijuana, but they can't get a prescription for it legally. cscredon/Getty Images

Dr. Robert Silver remembers the first time he seriously considered the health benefits of giving pot to pets. Silver practiced holistic veterinary medicine for 30 years in Boulder, Colorado, where medical marijuana has been legal for humans since the year 2000. In 2009, he saw a patient called Jojo, a 7-year-old golden retriever suffering severe pain from hip dysplasia.

"First we tried standard pharmaceutical pain relievers, NSAIDS, which helped a little, but not enough,"says Dr. Silver. "So we tried glucosamine, a joint lubricant, but that still wasn't quite enough. So we decided to try a course of acupuncture, three to six treatments, but Jojo just wasn't responding."

The next time Dr. Silver saw Jojo, it seemed like a different animal. No more limping. No more lethargy. Just a happy, healthy dog. Dr. Silver was ready to congratulate himself on the effectiveness of the acupuncture when Jojo's owner mentioned the cookie.

Jojo's owners, like millions of other Coloradans, had edible cannabis products in the house, legally purchased from a local medical marijuana dispensary. Desperate to alleviate their dog's pain, Jojo's owners gave him a nibble of a cookie infused with cannabis oil.

"And Jojo did well," says Dr. Silver, "better than all the other stinkin' stuff that I had done. So I started looking into it."

When Dr. Silver dove into the research on medical marijuana — which he had previously dismissed as "a bunch of B.S., an excuse for people to get high"—  was study after peer-reviewed study concluding that the active molecules in marijuana, called cannabinoids, can effectively relieve pain, lower anxiety, stimulate bone growth and stop seizures, to name just a few benefits. Although no clinical trials have been done on using cannabis to treat health problems in cats or dogs, many pet owners believe it has done their ailing animals some good.

But there is problem of legality. Humans can legally buy and use medical marijuana in 28 states with a doctor's prescription for themselves, but not for their pets. Veterinarians cannot legally prescribe pot in any state. The Food and Drug Administration (FDA) has not approved cannabis products for pets and cautions pet owners from giving their dogs and cats medical marijuana in any form. On top of that, federal law maintains that using or possessing marijuana is illegal nationwide, although the DEA generally given states the right to enforce their own rules.

Federally, marijuana is classified as a schedule 1 controlled substance, meaning that it has no accepted medical uses and a high potential for abuse. Heroin, LSD and ecstasy are also classified the same way. Schedule 1 is the most restrictive class, so scientists have to get approval from the DEA and the FDA to do any research on these drugs. This probably explains why the effects of pot on pets have not been studied more.

Instead of breaking the law by prescribing pot, Silver wrote a book, "Medical Marijuana & Your Pet: A Definitive Guide", which offers pet owners detailed explanations of how to self-administer the safest and most effective dosage for their animal using a variety of cannabis products.

"If someone contacts me and tells me that they've decided to use medical marijuana on their pet, I'll tell them that medical marijuana has potential adverse side effects and maybe there are other ways to help," says Dr. Silver, who has retired from private practice, but continues to consult the herbal pet supplement industry. "If they assure me ... they're going to do it whether I help them or not, then I feel it's my responsibility to their pet to do it in a way that's safe and not harmful."

One dangerous side effect of marijuana is a condition called static ataxia — characterized by a dog walking with stiff legs, swaying back and forth, clearly "high." This happens when it consumes too much THC, the psychoactive cannabinoid in marijuana, usually from getting into its owner's stash of "special cookies." It could also experience tremors and loss of urinary control. Additionally, marijuana is often baked into products like brownies and cookies which can contain ingredients like chocolate and raisins that are toxic to dogs.

One way to avoid this THC problem is to buy cannabis pet supplements made from hemp, marijuana's street-legal cousin. Hemp only contains trace amounts of THC, but it's rich in CBD, a cannabinoid proven to relieve pain, decrease inflammation and slow the course of many chronic diseases.

Julianna Carella is the founder and CEO of Treatibles, a California company selling chewable dog and cat treats infused with CBD extracted from hemp. Carella's been in the edible cannabis business since 2008, when she launched Auntie Dolores, a marijuana-infused snack company for people. It wasn't long before Carella's customers started asking about giving the snack company's THC-rich cookies and pretzels to their pets who suffered from seizures, anxiety and pain.

Carella knew that THC could be dangerous for dogs. So she decided to use hemp-based CBD to make Treatibles. Thanks to a provision in the 2014 Farm Bill, it's legal to grow hemp in the United States for research or as part of a state-run agricultural pilot program. Some states, like Colorado, Oregon and Kentucky, have taken it further, licensing farmers to grow hemp for commercial and industrial uses.

As of this writing, pet owners can legally buy bags of Treatibles online from anywhere in America. The same is true of Canna-Pet, another hemp-based CBD pet supplement. But recently, the U.S. Drug Enforcement Administration (DEA) rocked the boat by creating a new drug code for "marihuana extract," which includes CBD from hemp. Does that mean that CBD in any form is now illegal?

"The problem is that we have different branches of the government with different regulations and a lot of it isn't clearly defined," says Carella. "It's actually impossible to comply with all the laws, because many are conflicting with one another."

The DEA has always considered CBD illegal, because the federal agency doesn't differentiate between marijuana and hemp. It lumps both in the same illegal cannabis boat. The new drug code doesn't really change anything. The bigger question is whether the incoming Trump administration will use the DEA rule change as an excuse to take aim at the edible cannabis industry.

"If we were going to panic every time something came out in the news, believe me we would have closed up shop years ago," says Carella. Instead, she'll let her CBD pet chewables speak for themselves. "I'm not a scientist, I'm not a veterinarian and I'm not a politician. But I do love producing these products and I do love changing the public's perception through our products."

Now That's Cool
The National Cancer Institute reports that cannabinoids have been shown to reduce the size of cancerous tumors by actually killing cancer cells and boosting the efficacy of chemotherapy.

These Awesome Animals Got Celebrity Names in 2016 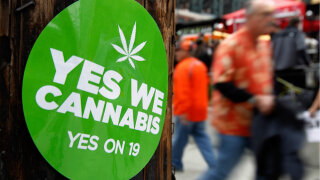 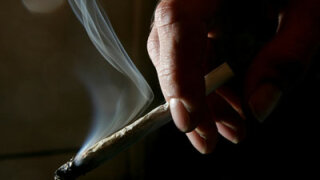 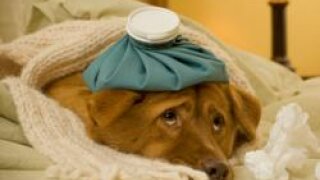