Can I Pass a Drug Test With Someone Else's Urine?

by Alia Hoyt Sep 22, 2017
People have tried to beat a drug test with someone else's urine but labs are usually able to detect the difference. Peter Dazeley/Getty Images

Let's say you are a user of illicit drugs. You've applied for a job and a drug test is required as a condition for employment. Even in states where recreational marijuana is legal, employment can still be denied to people who use it, as well as, of course, harder drugs. You're thinking of borrowing a buddy's urine — or more extremely — ordering "clean urine" off the internet. But will that let you pass the test?

A lot depends on the collection and detection methods used by the lab in question.

Dave Claflin is CEO for Fastest Labs, which offers testing for drugs, alcohol and DNA, as well as other services. He's seen some really wild attempts at people trying to game the system. "This lady put a Ziploc baggie [full of someone else's urine] in her brassiere," he recalls. People will put "borrowed" urine near their body parts to try and get it up to a temperature resembling warm pee. "But it took her so long [to deposit her sample] that we knocked on the door and startled her, so it spilled all over her shirt." Not only was she mortified, it was obvious what she'd been up to, he notes.

Let's say the woman had been successful in getting the urine in the deposit cup within the allotted time. Would she have gotten away with it? In this case, probably not. Fastest Labs, along with other reputable drug-testing facilities, follows Department of Transportation (DOT) guidelines, which require collectors to establish a chain-of-custody, which involves taking an immediate temperature reading of the specimen.

"We have to have specimens between 90 and 100 degrees [Fahrenheit, or 32 to 38 degrees Celsius]," he says, adding, "the reason we don't accept it under 90 is that people usually run a 98.6 degree temperature, but by the time you bring [urine] out of the bathroom in two to three minutes, it should be in the 92-94 [degrees] range." So, while exterior proximity to her body would have kept the urine on the warm side, it's not likely that it would have fallen anywhere near the required temperature range.

The DOT also requires that nothing should be taken inside the collection area — no purses, backpacks or outerwear. Pockets must also be emptied. At Fastest Labs, workers also conduct a visual examination, checking specifically the top of the beltline and sock areas because those are the most common places people store fake or borrowed urine. "Nine times out of 10 we're able to make sure they don't get the specimen in the testing area," Claflin says.

So, what about the other 10 percent? "In the event that a patient beats the monitoring, laboratories can use several different drug tests to determine if the urine was tampered with," explains Alejandro Amador, chief operating officer with Ammon Labs, a full-service toxicology laboratory, in an email. He says that several specimen validity testing (SVT) tests are conducted on all urines that enter the facility. "The idea being that if specific gravity, creatinine, pH and oxidants are all normal then we can assume it is a valid urine collection. These tests can help identify substitution (apple juice, bleach etc.) and adulteration (when something is added or taken to mask drugs)."

Trying to Game the System

There's no limit to what people will do to beat a drug test. Some buy "powdered urine" on the internet to mix with water. Most facilities do tests in restrooms without water access to thwart this, in addition to not allowing people to take any water inside. So, they try to add water from the toilet tank. The end result is a bluish-green sample because DOT guidelines require blue tank water coloring for exactly this purpose. "We have had people with a straight face give us a blue specimen," says Claflin.

Others may buy a product that claims to cleanse your urine but all it really does it dilute it. Or they'll get some underwear that has a space to hold the fake urine. "The problem [there] is trying to get it to the right temperature so it doesn't burn them in their pants or [but at the same time] the cup stays in temp range," notes Claflin.

It's not surprising then, that some facilities conduct observed testing — where a worker is present to actually witness the deposit — either from the very beginning, or after a deceptive attempt has been made.

Of course, if the lab doesn't observe strict standards, it may be possible to game the system. Tommy (real name withheld) says he helped two friends pass their drug tests by supplying them his own urine. For one friend, "it was for a part-time job as a valet he had just applied for, not some major career move. And even though he likes to smoke [marijuana] he's still smart enough to save it for when he's not working, so I felt OK helping him out."

Tommy says he peed in a Ziploc bag and his buddy grabbed it on the way to the clinic where the test was being conducted. "He taped the Ziploc near his groin area and was able to sneak the pee in pretty easily. I believe he was able use a bathroom in private, so he was able to easily fill the cup."

Employment agencies and companies looking to thwart such attempts should probably look for stricter collection sites than those Tommy's friends were sent to. "It is absolutely possible to beat a drug test using someone else's urine. However, facilities/clinics/treatment centers can use commonly accepted collection practices to prevent this behavior," Amador says. "It is key for drug testing facilities to develop sample tampering strategies; once their patients understand they cannot beat their drug testing they are much more likely to engage in the process towards recovery."

Now That's Interesting
Some people drink a lot of water, and thus have naturally diluted urine, which can be flagged as corrupted. Fastest Labs recommends that these people, who are typically nutrition/exercise buffs, take a multivitamin before the test to avoid the result, which would cause them to be retested.

Wolves Are Probably Smarter Than Our Dogs 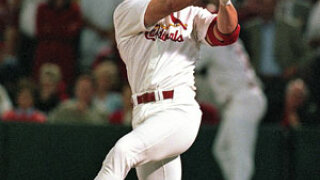 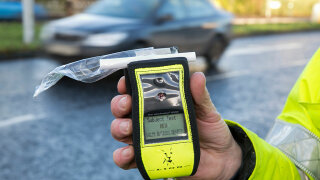 A Breathalyzer for Drugs? We're Not There Yet 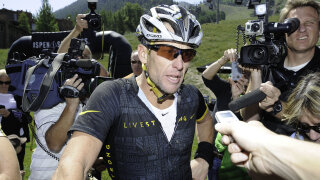