Why Men Don't Like to Go to the Doctor

by Kathryn Whitbourne Jun 16, 2016
Excuses for not going to the doctor ranged from "too busy" to "exam room is too cold." Thomas Barwick/Getty Images

American men are much less likely to go to the doctor than women, according to the CDC. Now, a new online survey conducted by Harris Poll on behalf of Orlando Health hospital system breaks down the reasons. The survey asked 2,042 people for explanations why they would avoid setting up an annual appointment with a primary care physician. Here's what the men said (they could give more than one reason):

8%: Personal questions my doctor may ask me

7%: Getting on the scale to see how much I weigh

7%: Not wanting to be naked under a gown

For the record, 52 percent of men said "nothing" would keep them from making an appointment — in other words, they're on board with seeing their physicians regularly.

The results were not surprising to Dr. Sijo Parekattil and Dr. Jamin Brahmbhatt. They're two urologic robotic surgeons who co-founded the Personalized Urology and Robotics Clinic, in Clermont, Florida. "As guys ourselves we made the same excuses until we started to walk the walk. We lost a combined 90 pounds since last year after dropping our own excuses," says Parekattil via email.

Life expectancy for U.S. men is about five years less than for U.S. women and men are more likely than women to die from most of the top 10 causes of death, including heart disease, cancer and diabetes. Statistics like these explain why the two doctors are on a month-long tour called Drive for Men's Health.

They drive across the U.S., making stops in 10 cities, to talk about men's health issues through face-to-face meetings at fitness centers, call-ins to radio shows, and social media.

As far as what would encourage men to go to the doctor more often, Brahmbhatt thinks men need to realize "their excuses are lame." Take for instance, the "no time" excuse. "Men spend on average three hours a day watching TV and click on social media apps 17 times a day," he says via email. "Taking just a few minutes from this time and using it towards your health can lead to decades of good health."

How about being worried about the truth? "Wouldn't you rather know now than later? What we find today could be completely cured. Waiting too long could be disastrous," says Brahmbhatt.

And what if you're concerned about an uncomfortable exam? "Find a doctor you feel comfortable around. That can make the experience more comforting," he says. "We are not here to hurt you — we are here to help you." ​

Now That's Interesting
The same poll showed that women actually gave excuses at a higher rate than men. Only 42 percent said "nothing" would keep them from their annual check-up.

How 17 Equals 49.6: The Amazing Multiplying Women 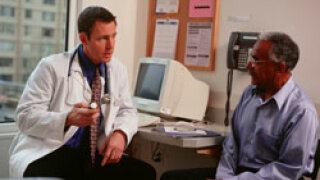 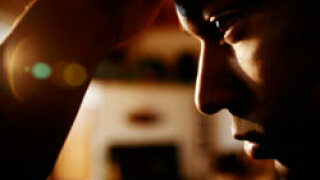 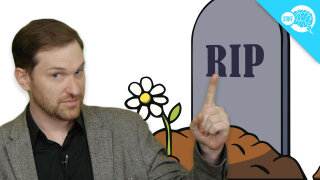 Brainstuff: How Will You Most Likely Die?