Why Aren’t There More Patterns in Male Pattern Baldness?

You've seen the commercials or spotted it on your nearest and dearest — the loss of hair on the front or top of a head while a fringe remains around the chrome dome. Male pattern baldness (MPB), known in scientific circles as androgenetic alopecia, is responsible for more than 95 percent of male hair loss. Indeed, MPB affects around 50 million American men, with more than half of men over 50 reporting at least some hair loss, a risk that only increases with age. So, with such a great number of people affected, why is the baldness pattern generally the same?

Hair loss is complicated, and scientists are still trying to work out the bugs on why and how it happens. Pretty much all of them agree that MPB is usually genetic. Typically, loss begins above both temples, receding until a characteristic "M" pattern emerges. Often, but not always, the crown also starts to lose hair. This is likely due to changes in how the body processes certain androgens, the male sex hormones. In fact, men with MPD actually inherited a genetic sensitivity to the androgen dihydrotestosterone (DHT). This sensitivity causes hair follicles to miniaturize, which shortens their life span and eventually leads them to stop growing hair. The areas most often affected by miniaturization are – you guessed it – the crown and frontal hairline.

"Many men have frontal hairline recession only. Others will have thinning in the vertex (crown) of the scalp. Many times, both happen at the same time," says Dr. Amy McMichael with the Wake Forest Department of Dermatology in an email interview. "The order is predicted by genetics and each person has slightly different genetics that determine when hair will begin to thin and how severe hair loss will be."

The rest of the hair on the head is made of hardier stuff, apparently. "The reason why men do not lose hair in the posterior scalp is that these follicles are genetically programmed to be stem cells and do not shed," emails Dr. Marc Glashofer, a board-certified dermatologist and hair loss expert practicing in Northern New Jersey. "This is why hair transplants harvest the hair from the back of the scalp."

Scientists are using this knowledge to develop more effective treatments to slow or stop hair loss. Currently, only two treatments are approved by the U.S. Food & Drug Administration. Minoxidil (brand name Rogaine) is applied topically, directly to the scalp to stimulate hair follicles. It has shown some success at slowing hair loss, even helping to re-grow hair. The other option is Finasteride (Propecia), which is taken orally to limit or production of the disruptive androgen DHT, which slows hair loss and promotes hair growth. The drug has had a higher success rate than minoxidil.

Now That's Interesting
Hair loss can and does happen to women, too. Typically, it occurs much later in life than men, usually after menopause. Rather than going completely bald, most women experience significant thinning of the hair to the point where the scalp is visible at the top.

Drop the Razors, Guys! Chest Hair Is Back 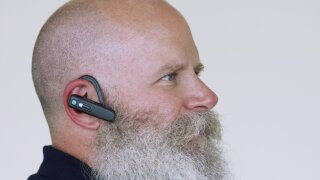 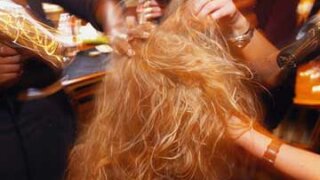 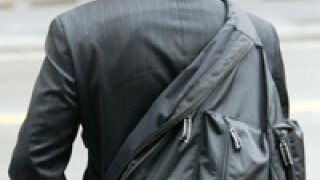