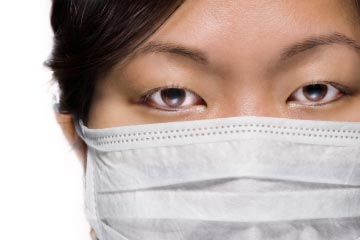 No one wants offensive body odor, and for most of us, a good deodorant can keep it under control. For some people, though, body odor is a constant problem caused by a medical condition, not an hour on the treadmill or a skipped dose of underarm deodorant.

Under normal circumstances, body odor occurs when bacteria break down the fatty acids and proteins in sweat from the apocrine glands. These glands are sweat glands that become active when people reach puberty, and they produce sweat when people are nervous or excited. For most people, over-the-counter underarm deodorants keep body odor caused by the sweat-bacteria interaction at bay.

But sometimes, unusual body odors are a sign of illness. An extreme example is the genetic disorder trimethylaminuria, but this odor is so strong the smell it that can't be tamed by deodorants. Also known as fish malodor syndrome, trimethylaminuria makes a person smell like rotting fish. Trimethylaminuria happens when a person lacks the enzyme known as flavin-containing monooxygenase 3 (FMO3), which means the body is unable to metabolize nitrogen, sulfur or phosphorous [Source: GARD]. Trimethylamine, the culprit behind the odor, naturally occurs as our bodies break down foods rich in choline.

Choline is a nutrient found in foods such as egg yolks and liver. Our kidneys and liver rely on it, and it's important in the formation of the neurotransmitter acetylcholine (used by our central and parasympathetic nervous systems). Choline also and helps the memory. Too little choline in the body can cause a condition known as "fatty liver" and liver damage -- too much gives the sweat, breath and urine an extreme smell.

Trimethylaminuria is rare, and its treatment involves a combination of approaches, including dietary restrictions and supplements, antibiotics and special acidic soaps.

Why do men smell different from women?
Why do I sweat when I eat?
Hyponatremia Explained