Is there a link between lactose and body odor? 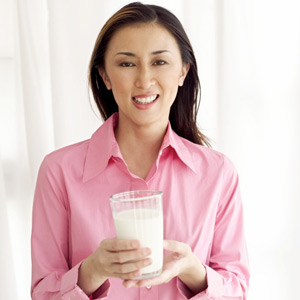 Could something as simple as the lactose in this glass of milk cause body odor? See more men's health pictures.
Stockbyte/Valueline/Thinkstock

You may recognize lactose from a condition about 30 million Americans suffer from: lactose intolerance. Lactose is a sugar found in milk, and lactose intolerance occurs when the body lacks the digestive enzyme lactase, which is needed for the body to metabolize the milk sugars found in dairy products. Without the lactase enzyme, gases such as methane, hydrogen and hydrogen sulfide build up in the colon as the lactose ferments, causing bloating, flatulence (that's the hydrogen sulfide), diarrhea, cramping and nausea after consuming dairy products. But does lactose also cause odor?

When your metabolic processes aren't working properly, they can sometimes cause the body to have unusual odors. For example, the metabolic disorder tyrosinemia, where the amino acid tyrosine (found in foods such as dairy, meat, fish, eggs, nuts, legumes, oats and wheat) can't be broken down, causes the body to smell like boiled cabbage. It's not just body odor that can be affected, though. When the body can't break down the amino acids leucine, isoleucine and valine (all found in dairy products, just like lactose), urine and other body fluids may smell like maple syrup.

Let's take a closer look at lactose. Lactose is a disaccharide, which means it's made from the combination of two sugars: in this case, glucose and galactose. Glucose is absorbed into the bloodstream and is either used immediately by the body or stored for future energy needs.

When the body has a problem regulating glucose, it increases our risk for developing diabetes. Too much glucose in the bloodstream often causes a sweet, fruity breath odor. Our bodies metabolize galactose with an enzyme called galactose-1-phosphate uridyltransferase (GALT). When the body has a problem breaking down galactose and turning it into glucose, the simple sugar begins to build up in the body -- this is a condition known as galactosemia. Galactosemia is a rare, inherited disorder that's often diagnosed in infancy. It leads to conditions including jaundice, cataracts, premature ovarian failure, infection, cirrhosis of the liver, enlarged liver and mental retardation -- and, possibly, a change in body odor.

Unfortunately, lactose can cause body odor, but it does so indirectly and rarely. If you're lactose intolerant, flatulence is a far more common complaint.

Why do men smell different from women?
What do women find attractive about a man's smell?
5 Showering Tips for Men