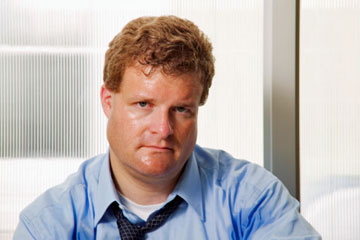 If you're human, you sweat. But for some people, sweat is more than a nuisance. View more men's health photos.
Creatas/ThinkStock.com

If you're human, you sweat. It's one of those facts of life that most of us fight on a daily basis, a nuisance we could do without were it not for its crucial role in our survival. Sweat helps regulate our body temperature through evaporative cooling, kicking in when we exercise, get nervous, or find ourselves in Miami without air conditioning.

For some, though, sweat is much more than a nuisance. People with a condition called hyperhidrosis, also known as overactive sweat glands, sweat so much it interferes with their lives.

There are millions of sweat glands located all over the human body, and they come in two types: eccrine, found in places like hands, feet and armpits, secreting a thin, odorless liquid; and apocrine, found in armpits and the genital region, secreting a thick liquid that produces "body odor" when it meets bacteria on the skin. Hyperhidrosis mainly involves eccrine sweat glands.

In normal sweating, eccrine glands release enough sweat to maintain normal body temperature. In hyperhidrosis, the sweat glands produce three to four times more sweat than the body actually needs. People with hyperhidrosis may be afraid to shake hands with others, or may shy away from social situations entirely because they sweat so much. It can affect jobs, relationships and health -- chronic wetness can lead to skin irritation and bacterial and fungal infections.

About 3 percent of the population suffers from hyperhidrosis, according to the International Hyperhidrosis Society, and less than half of those people seek treatment for it, possibly due to embarrassment, or maybe because they don't realize their "sweating problem" is a treatable medical condition. In this article, we'll find out what hyperhidrosis looks like, why it happens, and how it's treated, looking at both medical and surgical options.

First, when does heavy sweating constitute a medical condition? 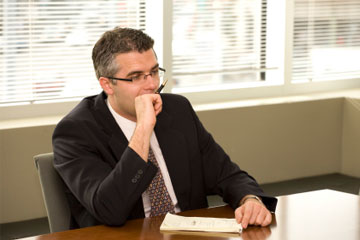 If you're drenched in public, it'll be hard to concentrate on anything else.
©iStockphoto.com/Jurate

Unwanted sweating does not a medical condition make. Most of us wish we could sweat less than we do -- thus the wide selection and popularity of antiperspirants.

And if antiperspirant cures your "sweating problem," you probably don't have hyperhidrosis.

If, on the other hand, you sweat so profusely you have to change your clothing a few times a day, carry extra socks and piles of napkins everywhere you go, and dread social interaction because you could end up drenched in public, you may have overactive sweat glands.

There are actually two different versions of the condition: primary (focal) and secondary (generalized). Secondary hyperhidrosis is a symptom of another medical condition or a side effect of a medical treatment. For instance, excessive sweating can result from obesity or certain antidepressant medications. Sweating associated with secondary hyperhidrosis is typically widespread over entire regions of the body, and often occurs during sleep.

Primary hyperhidrosis is a medical condition unto itself; it's the core of the problem. It affects small areas, commonly the hands, feet, face or underarms, where sweat glands are concentrated. The sweating usually slows down in the evening and then stops during sleep. If you have at least one instance of extreme sweating per week, and it happens while you're awake, you could have primary hyperhidrosis.

Besides disruptive episodes of excessive sweating and the accompanying social and emotional issues that can go along with that, other possible signs of overactive sweat glands include:

A doctor can help determine whether heavy sweating does indeed rise to the level of a medical condition (the International Hyperhidrosis Society, or IHHS, recommends a dermatologist). If hyperhidrosis is the diagnosis, meaning you do sweat more than you need to, one obvious question is: Why? 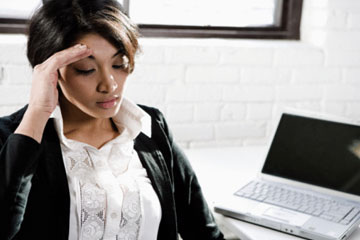 We know why we sweat, but we don't know exactly why some people sweat more than they need to.
Photos.com/ThinkStock.com

We know why we sweat. It's in response to an increase in body temperature. The brain tells the sympathetic nervous system the body needs to cool down, the nerves tell the sweat glands to secrete fluid, and the sweat glands do their thing.

What we don't know is exactly why some people sweat so much more than they need to. The sweat glands are secreting too much, yes; but precisely why the sweat glands are doing this is not entirely clear. The problem could originate in the brain, specifically in the anterior cingulated cortex, according to the Mayo Clinic. The New Zealand Dermatologic Society reports that it may, alternately, be a malfunction in the sympathetic nerves that trigger the sweat glands.

In the case of primary, focal hyperhidrosis, there is evidence the condition is genetic, and it typically shows up by the end of adolescence. It's unclear exactly what triggers episodes of focal hyperhidrosis: Some believe it can be caused by stimuli similar to those that trigger normal sweating, such as heat, anxiety, exercise or spicy food; others propose it results mostly from emotional triggers like nervousness and anxiety.

Secondary, generalized hyperhidrosis, on the other hand, most often happens during sleep, when most people don't sweat much at all. It's triggered by a medical condition or a medication, not only prescription but also over-the-counter.

Because hyperhidrosis could indicate a bigger, underlying problem, it's especially important to seek medical advice if you think you sweat excessively. Some conditions that can cause overactive sweat glands include:

A few of the possible trigger medications for secondary hyperhidrosis include:

For extensive lists, see IHHS: Diseases and Conditions and Drugs/Medications.

Regardless of the exact cause, hyperhidrosis does have a fairly broad range of treatment options. Which treatment is appropriate depends on the severity of the sweating.

Treatments for overactive sweat glands run the gamut from topical medications to major surgery. It all depends on how debilitating the condition is.

For relatively mild cases of hyperhidrosis, topical (applied directly to the skin), high-potency antiperspirants can be helpful. Prescription-strength antiperspirants, often aluminum chloride hexahydrate in at least 10 percent concentration, clog the sweat glands so fluid can't reach the skin's surface. These are typically used overnight, anywhere from a couple of times a week to a couple of times a month.

Other topical options include diphemanil methylsulfate, an anticholinergic drug,

which acts on the sympathetic nervous system to block the signals that trigger sweating; and glycopyrrolate, which reduces all sorts of bodily secretions, not only sweat but also stomach acid. These have more serious potential side effects than aluminum chloride.

Oral options for treating overactive sweat glands include propantheline (Pro-banthine) and oxybutynin (Ditropan), which are anticholinergic drugs (they act on the sympathetic nervous system); beta blockers, which reduce the anxiety that can trigger a sweating episode; and calcium channel blockers, which hinder the sweat glands' mechanism for receiving trigger signals.

A procedure called iontophoresis works directly on the sweat gland, using electrical impulses to kick it into the "off" position, so to speak. The affected areas, typically the hands or feet, are submerged in water or an electrolyte solution, and a current is passed through the liquid. The treatment takes about 15 minutes, and most patients need at least six treatments to see results.

An increasingly popular hyperhidrosis treatment, Botox (botulinum toxin A) injections, commonly known for their temporary wrinkle-eliminating capabilities, can also temporarily eliminate sweat. Botox blocks the nerve impulses that tell the sweat glands to start secreting, and the effect can last for two to three months.

For the most severe cases, surgery is an option. Procedures include liposuction or curettage (sucking or scraping out, respectively) to remove the sweat glands in the affected area. Another, more serious procedure called endoscopic thoracic sympathectomy, or ETS, physically disables the nerve signal that triggers sweat glands by cutting or burning certain tissues in the spinal column. ETS is used primarily for focal hyperhidrosis of the palms and face.

Because surgery carries serious potential side effects, it is considered a last-resort treatment. The first step is to see a doctor who is knowledgeable about hyperhidrosis, and go from there. Treatment options will follow diagnosis and an assessment of the severity of the condition. Fixing a "sweating problem" may be as simple as applying a cream overnight, or it may require more drastic measures.

Either way, the point is, it's fixable.

For more information on overactive sweat glands and related topics, look over the links on the next page.