Browse the article 7 Countries Home to the World's Healthiest People 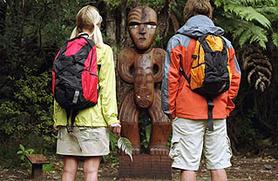 They live well into their nineties and often times up break the hundred year mark. Their existence is healthy but the underlying reasons are often cultural. In fact, it's not just that individuals take care of themselves; it's a country-wide phenomenon that's based on lifestyle choices.

Why are certain countries home to the world's happiest, healthiest people on Earth? What do they eat? What daily habits are different from other societies?

I set out to answer these questions and along the way I found some striking similarities between these fit nations, spread far and wide across the globe. Read on to learn which countries are home to the world's healthiest people.

Due to a smaller population, Iceland is one of the least polluted countries in the world. But clean air isn't the only reason why Icelanders are so healthy; they also like to hit the gym. Due to chilly weather much of the year, Icelanders workout in order to beat the winter blues. The country enjoys one of the highest life expectancies (72 for men and 74 for women). It also has one of the lowest infant mortality rates at 2 deaths per 1,000 babies. Forbes Magazine ranked it the healthiest country in the world.

The World Health Organization (WHO) calculated the countries where people live to full health the longest and Japan came out on top with 74.5 years. Much of this is due to diet.

"Every meal in Japan looks like a piece of art. Food is so beautiful and so delicious and so simple," fitness expert Harley Pasternak said to Empower News Magazine. "They are the largest consumer of fish in the world and of whole soy and of seaweed and green tea. When they are about 80 percent full, they stop and wait for about 10 minutes, then decide whether to keep going. And most times, they are full so they don't need to keep eating more."

Government policies promote a healthy way of life including positive work/life balance. The population also loves to play outside and with a stunning landscape full of rolling hills, mountains, and glacial lakes, it's easy, according to National Geographic. Additionally, because of their location they eat a diet that's high in fish and omega fatty acids. Their cooking methods also reflect that of a healthy population. Rather than using an abundance of oil they poach, ferment, smoke, and dry their foods.

Okinawa is a Prefecture or sub national jurisdiction of Japan. However, it's worth mentioning it separately because it's widely believed to have the healthiest people on Earth. According to the Okinawa Centenarian Study, centenarian ratios may be the world's highest at approximately 50 per 100,000 people. The country is also home to many super centenarians, people that reach the age of 110 years old. Okinawans attribute their not only long, but healthy, happy lives to eating tons of local fruits and vegetables, as well as large quantities of tofu and seaweed. Their lives also include rigorous daily activity and relatively low stress.

Similar to Iceland, a lower population and lack of pollution make New Zealand a great place to call home. New Zealanders love outdoor activities like hiking, camping, and fishing. All and all it's just an easier place to embrace a fit lifestyle. No matter where you live you're not but a 90 minute drive from the ocean.

"Plus there's an abundance of healthy whole foods. We eat fresh seafood (we often catch it ourselves) and local organic fruits and vegetables. Everyone grows something here and neighbors all put out bags for purchase by anyone. We get fresh lettuce from the kids' school, avocados from our tree, and kiwis, apples and plums from our neighbors," says Jill Chalmers who moved to New Zealand with her Kiwi husband.

Sardinia is an autonomous region of Italy that's home to a large population of centenarians. There's a real sense of community in Sardinia. People are close knit and the elderly often live with their families. The men are often shepherds, walking about 5 miles per day and the diet consists of "whole grain flatbread, fava beans, tomatoes, greens, garlic, various fruits, olive oil and pecorino cheese from grass-fed sheep (high in Omega 3)."

According to Forbes Magazine, Finland was plagued with one of the highest death rates from heart disease just 30 years ago. As a result, the nation has worked vigorously to encourage a healthy lifestyle among its people. Smoking has been reduced significantly and fruit and vegetable intake has more than doubled. It shows that if you make an effort to change, you can.

While many factors lead to a long, healthy life, these countries have a lot in common. Many of them lack pollution and make a healthy work/balance and controlling stress a high priority. They also eat meat very rarely if ever and find protein in fish and tofu while loading up on local fruits and vegetables.