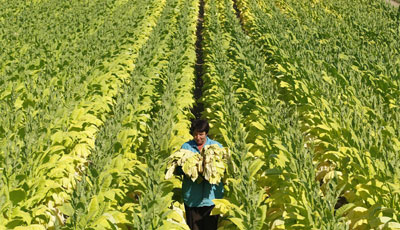 You're a single man in your mid-30s and you've been smoking for a remarkable 20 years. You've tried the patch. You've tried nicotine gum. You've even tried hypnosis and prescription drugs. Nothing seems to work, and you're resigned to the fact that you'll be a smoker for the rest of your short life.

Then you meet her -- the perfect woman to spend your days and nights with. She's intelligent, funny, kind and patient. She lights up your life. Not only that -- she lights up your cigarettes; she's a hearty smoker just like you. You buy a "Life is Good" tire cover and you're living the dream.

Then it happens -- she wants to quit smoking. More importantly, she wants you to quit smoking with her. She has romantic notions of living a healthy lifestyle and extending your years together. You fight it, but it's no use. It's the hardest thing you've ever done, but both of you successfully kick the habit. You jog together. You take long walks. You become "those people."

Is­ it magic that your new life partner has inspired you to do what no patch, pill or stick of gum could ever do? Is it possible that quitting smoking is actually contagious? To answer that, we should first learn a little about nicotine and how it affects the brain.

Nicotine is a liquid alkaloid that occurs naturally in the tobacco plant. Alkaloids are organic compounds made of nitrogen, carbon, hydrogen and at times, oxygen. In other words, they're chemicals and they have big-time effects on the human body.

When you smoke, your body absorbs about 1 mg of nicotine into the bloodstream. From here, the chemical takes the express train straight to your brain. Nicotine has many effects on the body, including several that make it difficult to quit:

In the end, nicotine simply makes you want to smoke more. It convinces your body you feel better, which leads to physical and psychological addiction. If you think you feel better when you smoke, it makes it very difficult to quit. Quitting nicotine is a tough thing to do, but a recent study has shown that there may be strength in numbers. 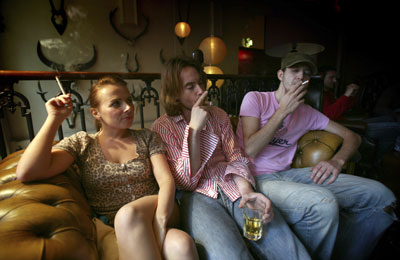 10 Foods You Should Never Eat Raw
How to Prevent the Flu
What do free radicals have to do with aging?