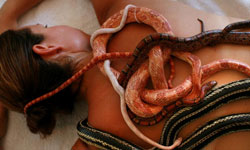 It's been said that slithering snakes are soothing to the skin.
Uriel Sinai/Getty Images

So you want to pamper yourself with a visit to a luxury spa, but you're bored with the usual aromatherapy, heated stones on your back and placid New Age music. Well, that's great because we have some suggestions for you!

How about a slithery snake massage or a pedicure from a school of hungry fish? Or perhaps a cactus needle massage, a facial with human placenta tissue, or a scrub with nightingale droppings? Snail slime moisturizer is said to be wonderfully rejuvenating, too. And if you crave full-body relaxation, maybe baking in a Korean oven sauna or taking a dip in a tub of Czech beer will do the trick.

Even if that all sounds a little, well, strange, don't be deterred. Such offbeat beauty and health regiments are increasingly de rigeuer at high-end spas, according to industry mavens.

Click through the next 10 pages for some unusual spa treatments and information on where they're available.

Want to escape the glitzy spa scene? There's no place better to do that than at Ada Barak's carnivorous plant farm in Israel, which in addition to its fine selection of lizard and insect-eating flora, also offers therapeutic snake massages.

The proprietress reportedly dreamed up the treatment after snatching a snake from one of her plants and passing it around to guests, whom she observed seemed to feel more relaxed after they'd handled it. One elderly woman described the snake as soothing, like a cold compress, Barak told TIME magazine [source: McGirk and Elazar]. For $80, a client gets to remove his or her shirts and trousers, lie down and experience the sensation of small snakes crawling on the skin. According to one client, the treatment helps relieve migraines and soothe sore muscles. And as a TIME reporter who tried the treatment discovered, there's also a chance that a snake will puke up a half-digested mouse on your epidermis [source: McGirk and Elazar]. 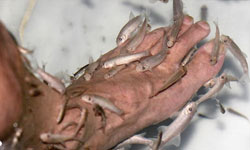 Reportedly, Turkish salons first developed the practice of immersing clients' feet in tanks of water and allowing tiny carp, known as "doctor fish," to nibble away dead skin. More recently, the practice has become popular in the United States. At Yvonne's Day Spa in Alexandria, Va., a 25-minute session with the fish, followed by a pedicure, is available for $65 [source: Yvonne's Day Spa]. One caveat: When a salon in Kent, Wash., tried to offer a similar service, state health authorities banned it for fear that the fish might spread pathogens from one customer to another [source: Krishnan].

Mexico's spas combine familiar beauty treatments with indigenous rituals, using local materials like cactus, volcanic ash, chocolate, vanilla and honey. For example, the Four Seasons Resort in Punta Mita, Mexico, offers a tequila-and-sage oil massage, but if that sounds a little too rowdy for your taste, try the hakali massage instead. Hakali involves the application of a warm mixture of cactus. The treatment supposedly removes toxins and rehydrates the skin, leaving you feeling rejuvenated. It costs $180 for 50 minutes of treatment [source: Four Seasons Resort].

If going to the Swiss clinic that offers injections of live sheep placenta cells is too déclassé for you, maybe you'll be interested in this: CNN reported in 2008 that a Beverly Hills skin center was offering treatments using human placentas, obtained from Russian maternity wards, for $350 to $500 a session. While there doesn't seem to be much hard scientific evidence, proponents of placenta-based beauty treatments claim that it does wonders for sun and acne-ravaged skin [source: Yvkeff]. The practice seems to have originated in Asia. A Singapore company called Maylande markets a facial treatment made from human placentas that it obtains in Japan. Its placenta-based products include a tonic, a soap, a facial mask and others, which it claims provide a range of benefits, from clear skin to brain stimulation [source: Maylande]. 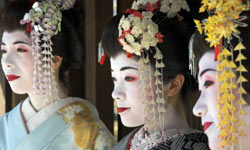 The traditional Japanese women entertainers known as geishas once wore heavy white makeup containing toxic lead and zinc, which damaged their skin. As a remedy, they applied a face mask containing a somewhat distasteful ingredient: nightingale droppings. The birds' poop, as it turns out, contains enzymes that are said to break down dead skin cells and guanine, which supposedly gives the complexion a warm glow.

The Shizuka New York Day Spa offers a modernized version of the regimen, in which the droppings are first drenched in ultraviolet light to sanitize them and then mixed with rice bran. The rice bran exfoliates the skin. The hour-long treatment costs $180 [source: Shizuka].

Here's a distasteful animal secretion -- that gooey stuff that snails excrete during the course of their travels. Chilean snail farmers, who were up to their elbows in snail goo each day, noticed that their hands were softer and smoother, and that small cuts healed more quickly without infection. That's how snail slime became a moisturizer. Fortunately, you don't have to book a stay at a Chilean snail farm to benefit from the treatment. Elicina snail slime moisturizer, priced at $28.99 for a 1.3-ounce-jar, is touted on the brand's Web site as a remedy for dry and flaky skin [source: Elicina USA]. 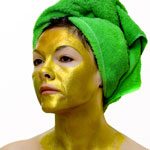 The gold facial tightens and lightens your skin.
iStockphoto

It may sound positively medieval, and possibly loathsome, but who are you going to trust -- your own sense of disgust or Demi Moore? The middle-aged, youthful-looking actress told talk show host David Letterman in 2008 that her beauty regimen included going to an Austrian spa where she had leeches applied to her body as a detoxification measure. In her words: "You watch it swell up on your blood, watching it get fatter and fatter -- then when it's super drunk on your blood it just kind of rolls over like it's stumbling out of the bar" [source: Simpson]. New York City's Continuum Center for Health and Healing offers leech treatments for arthritis and other ailments for $600 a session [source: Continuum].

Koreans swear by the han jeung mak, or kiln sauna. The practice, which dates back to the 15th century, involves sitting in a room heated by burning pine wood, wrapped in a jute garment to protect your body from the intense heat. All the perspiring you experience is intended to relax the body, and the kiln sauna is touted as a treatment for shoulder, head and neck pain, and also is said to improve your skin tone. At the equivalent $16 a session at spas in Seoul, it's remarkably affordable, too [source: Seoul Style]. 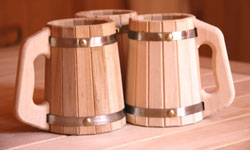 Have a beer while you soak in beer.
Hemera/Thinkstock

According to legend, Cleopatra helped preserve her beauty by bathing in milk. Maybe you're lactose intolerant. Or maybe you just prefer a brewski. In either case, the next time you're in the Czech Republic, head to the Chodovar family brewery for a therapeutic beer bath. Since 2006, the brewery's "beer wellness land" has been offering visitors a 20-minute soak in a tub of a special "bathing beer" specially brewed to stimulate the skin and internal organs, followed by a complimentary mug of the brewery's rock lager, for just $29. For a few dollars more, you can also get a massage and stay in an adjacent hotel for the evening [source: Chodovar]. 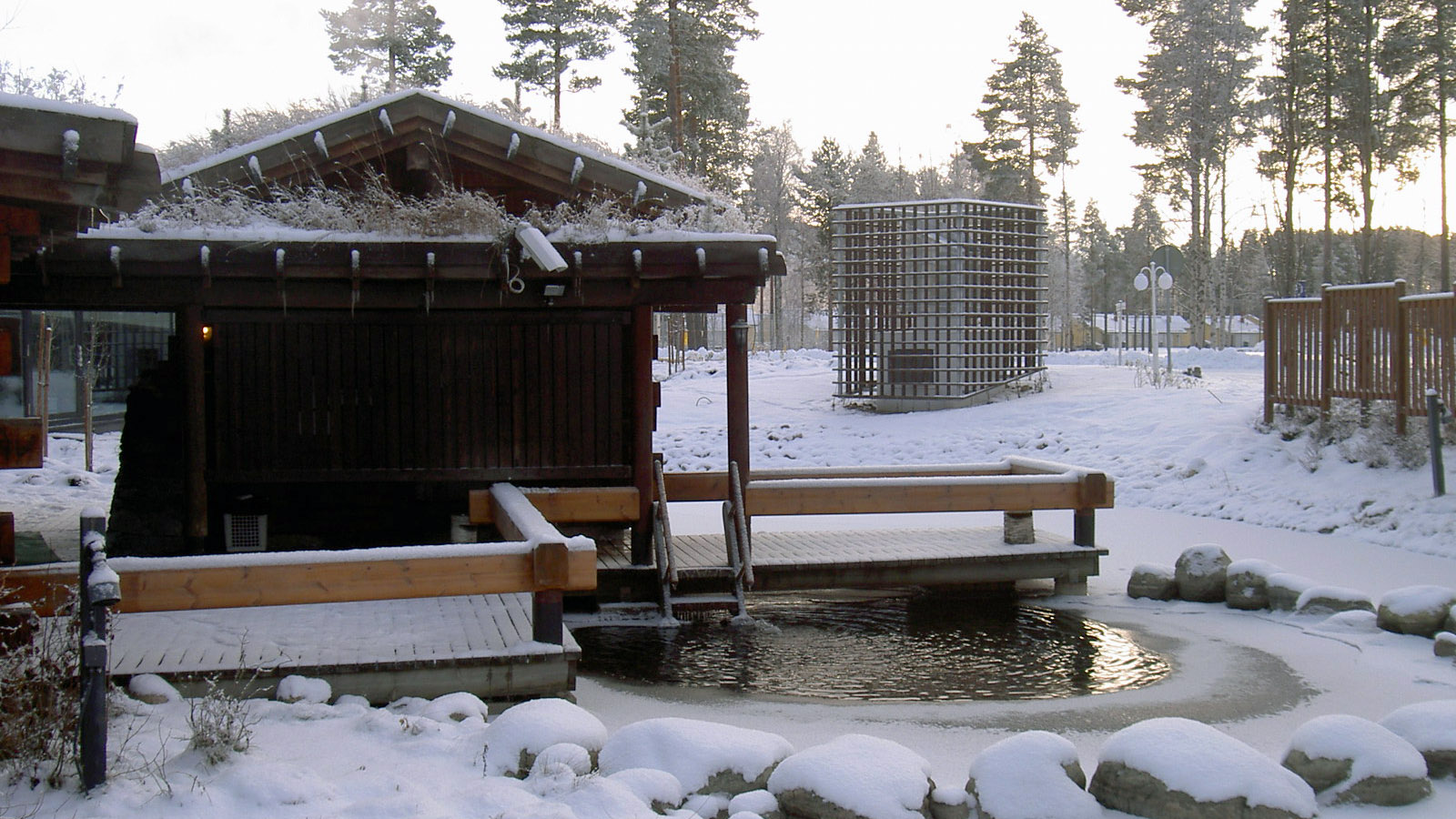 Is Cold-Shocking Your Body After a Sauna a Good Idea?

The Finns tout the benefits of a hot sauna cold plunge. But is the body meant to deal with this type of temperature shock? HowStuffWorks explains.