When It Comes to Air Pollution, the Tiniest Particles Might Be the Worst

by Patrick J. Kiger Feb 2, 2018
Ultrafine pollution particles come from many sources — cars, fires, machines — but are so small and transient that measuring exposure to them is difficult. Andreas Rentz/Getty Images

When we think of air pollution, we usually think of smoke pouring out of smokestacks and the unsightly brown haze that hangs over many of the world's cities, from Los Angeles to Beijing.

But in recent years, scientists have found increasing evidence of health risks from a part of air pollution that we don't see, and that isn't yet regulated under federal air quality standards. In addition to visible emissions, the burning of fossil fuels and other types of combustions create vast quantities of ultrafine particles — somewhere around a thousandth of the width of a human hair — that we inhale without even realizing it.

Ultrafine particles come from an array of sources, according to Bart Ostro, former chief of air pollution epidemiology for the California Environmental Protection Agency, and currently a researcher at University of California, Davis. They're emitted from vehicles, especially ones that burn diesel fuel, as well as smaller gasoline-burning engines, such as the ones in lawn mowers and leaf blowers. But other types of burning — wood fires, burning leaves, secondhand smoke from cigarettes, for example — also produce ultrafine particles. So does cooking meat on the stove in your kitchen.

Nevertheless, it's a challenge to figure out the extent of our exposure to ultrafine particles. Because the particles are so small and so transient — they quickly disperse, or else coagulate into bigger particles — they're a type of pollution that is especially difficult to measure, Ostro says.

"Ultrafine particles are very high in concentration next to roadways, for example," Ostro explains. "But if you go 300 to 500 yards (274 to 457 meters) away, the ultrafines go down to almost background levels."

In recent years, though, scientists at University of California, Davis have developed sophisticated modeling methods that combine sensing data with knowledge about how chemical processes and meteorological conditions affect the particles. That's allowed them to predict concentrations over several years, which in turn makes it easier to study the particles' effect on human health.

Ostro was the lead author on a groundbreaking study published June 1, 2015 that combined such modeling with health data on 100,000 middle-aged female teachers and administrators recruited from the State Teachers Retirement System, and found an association between ultrafine particles and death from heart disease. (Here's a press release that summarizes the findings.)

Since then, this April 26, 2017 study also found long-term exposure to ultrafine particles around highways associated with cardiovascular diseases and hypertension. And a February 2018 study in the journal Environmental Pollution suggests that simply moving a bus stop from 131 to 154 feet (40 to 50 meters) away from an intersection can substantially reduce transit-users' exposure to high levels of ultrafine pollutants.

It may seem strange that something so small could be dangerous. But because of their size, ultrafine particles have an easier time getting into lung tissue and causing inflammation, as detailed in this 2003 animal study. Even a brief amount of ultrafine particle exposure can increase the allergic inflammation that makes asthma worse, according to this study published July 5, 2010 by UCLA researchers.

But that's not the only worry. Ultrafine particles are so tiny that they can penetrate the blood-brain barrier and be absorbed into brain tissue. Recent research suggests a possible link between the tiny particles and Alzheimer's disease and other forms of dementia, as detailed in this 2017 Science magazine article. Scientists also have found that mice exposed to ultrafine particles early in life had changes in their brains that bore a resemblance to those seen in humans with autism and schizophrenia, according to this 2014 article in the journal Environmental Health Perspectives.

Despite all that, federal air pollution standards don't yet set limits for ultrafine particles. As a spokesperson for the U.S. Environmental Protection Agency explains in an email, "The EPA currently has National Ambient Air Quality Standards (NAAQS) for fine particles (PM2.5) and for coarse particles that are small enough to be inhaled into the lungs (i.e., PM10). These standards are based on strong scientific evidence that exposures to ambient particles in these size ranges can cause harmful cardiovascular and respiratory effects. Given uncertainties in the health evidence for ultrafine particles, and limitations in the available monitoring data, a separate standard for ultrafine particles was not established in the last review of the PM NAAQS, completed in 2012. This decision in the 2012 review was consistent with the advice provided to the EPA by the Clean Air Scientific Advisory Committee (CASAC)."

But Ostro says there are some measures that people can take to protect themselves from ultrafine particles. If you have preexisting conditions such as cardiovascular or respiratory diseases, it's a good idea, for example, to limit your exposure to emissions such as diesel fumes, car exhaust and any sort of burning biomass. And even if you're healthy, you'll probably want to avoid such exposure as well.

"If you see people running along a major roadway, that's probably not a good idea," Ostro cautions.

Now That's Interesting
In a study published in the journal Science on Jan. 26, 2018, researchers found that some ultrafine particles — ones less than 50 nanometers across — have the ability to intensify storms.

Spying, Supportive, Shining: Our Best Stories You Might Have Missed This Week 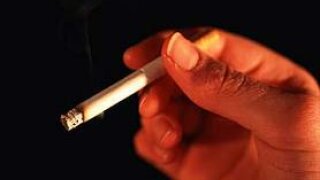 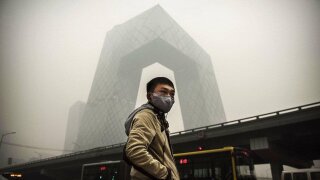 Air Pollution Kills 5.5 Million Per Year, Half in China and India Alone 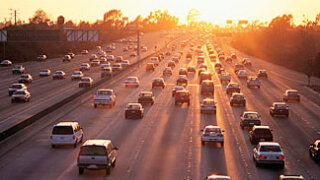 How much air pollution comes from cars?