Myths and Misconceptions About Pet Allergies 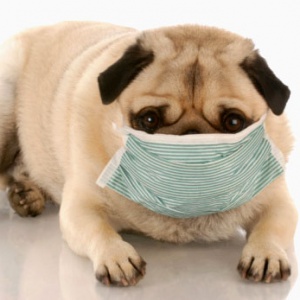 You aren't the only one with pet allergies -- you pet might also have them.
Hemera/Thinkstock

Pet allergies are an emotionally charged issue. Oftentimes, when emotions cloud reason, people more easily believe myths. Before we discuss the emotional side of pet allergies -- specifically the decision whether or not to keep a pet -- let's debunk some myths about allergies and pets.

The hair myth: Some people fear pet hair more than they fear what really causes them to sneeze: dander. One of the most common misconceptions about pet allergies is that animal hair causes allergies. The long and short of it is that animal hair isn't considered to be a very significant allergen. Shorthaired pets are no less likely than longhaired animals to cause the sniffles. What longhaired pets can do, however, is collect more dander. And, longhaired pets that roam the wilds sweep up more airborne allergens, such as pollen, dust, and mold spores...just as humans with long tresses do.

The hypoallergenic pet myth: Another misconception is the existence of a hypoallergenic dog breed or pet that doesn't cause people with pet allergies to go "a-choo." Within a species, some animals produce far more allergens than others do, and there is great variability among dogs. People who are allergic to cats, however, are usually allergic to them all. Unfortunately, despite claims made, there are no specific breeds of cat or dog that can yet be considered "hypoallergenic." Buying an expensive "hairless" dog or cat may be just that -- expensive.

Blame the cats and dogs myth: It should come as no surprise that America's two most popular types of pets -- dogs and cats -- are the most common cause of animal allergies. Of these two, cats take the cake for being the source of most animal allergies.

Yet Fido and Fluffy shouldn't take all the blame. Every warm-blooded animal, pet or not, produces dander that has the potential to cause allergic reactions. Birds, for example, are notorious allergen producers, thanks to a mix of feathers, dander, and droppings. Never pleasant, bird droppings (as well as the droppings from other caged pets) are rendered even more unpleasant by the fact that bacteria, dust, fungi, and mold lurk within and around their cages. Small caged creatures, such as gerbils, hamsters, mice, rats, and guinea pigs, can trigger allergic symptoms, as can the barnyard bunch: horses, cows, goats, chickens, ducks, and geese. Some animals, particularly horses, make for double trouble. Mold spores, well suited for the poorly ventilated, enclosed stable, have a heyday in horse's hay. Good thing there's no such thing as horse feathers, or allergy sufferers would be in triple trouble.

Pets Have Allergies, Too

Humans aren't the only ones to suffer from allergies. Dogs are quite frequently allergic to environmental and food allergens. However, instead of sniffling and sneezing, they itch. If your dog frequently scratches (and he doesn't have fleas) or licks his paws, or if he has red, irritated skin, the dog may be suffering from allergies. It can be difficult to distinguish between environmental or food allergens, but if the behavior is seasonal (summertime usually) you can bet your dog has the doggy form of "hay fever." Your veterinarian can suggest different ways to help Fido, which can include changing his food and giving antihistamines, omega fatty acids, or even allergy shots.

Felines can have food and environmental allergies, too. Cats can become so itchy, especially around the face, that they hurt themselves from excessive scratching. Cats also can have an asthmalike condition, which, as with humans, is life-threatening when acute and is triggered by similar conditions, namely stress and living in a household where humans smoke.

Hay fever, quite literally, is common among horses, which suffer from allergies to mold in their hay (just like humans!). This condition is commonly called "heaves" and can make it very difficult for a horse to breathe. Because horses and cats have respiratory allergies similar to asthma they are often treated with the same inhaled drugs that people might use for controlling asthma. The problem is, how do you tell an animal to breathe in when you want it to inhale a puff of medicine? The answer is using hoods (or face masks), which are placed over the animal's nose and mouth. After the inhaler is attached, small flaps move in and out to let the owner know when the animal is breathing in. As soon as the animal starts breathing in, you push the inhaler and a dose of medicine is administered.

Limiting Allergies When Traveling
What's the difference between food allergies and food intolerance?
Is there a connection between peanut allergies and soy?