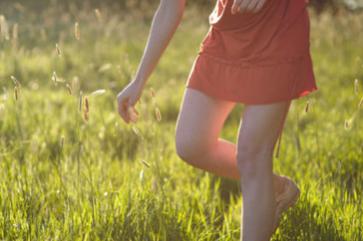 If you experience allergy symptoms in the summer, you might be allergic to grass pollen.
Dougal Waters/Photographer's Choice RF/Getty Images

Substances you are exposed to only at certain times of the year, such as plant pollens, cause seasonal allergies.  Of all the substances that can trigger an allergy, pollen is one of the most widespread. These tiny round or egg-shaped male plant cells hitch rides on air currents to fertilize other plant parts. However, not all pollen causes nasal allergies.

In addition, the chemical makeup of the pollen determines if it will trigger an allergic reaction. For instance, pine trees produce huge amounts of pollen, making it a potentially strong allergen. But the chemical makeup of the pine pollen makes it less of an allergy trigger than other kinds of pollen. Also, because pine pollen is heavy, it tends to fall on the ground rather than drift in the air where it can reach sensitive noses.

In temperate climates such as the US, the most important sources of allergy-producing pollens are:

These plants make small, dry, light pollen granules that are perfect for riding on the wind and getting into your nose and causing allergy symptoms. Flowers, such as roses and fruit tree blossoms, rarely cause allergic reactions. Why? Because their pollens are too heavy to be carried by the wind. Instead, they are carried from plant to plant by insects, such as bees. Some people, though, who are repeatedly exposed to roses and other flowers, including florists and gardeners, can develop sensitivity to these pollens.

As appealing as it may sound to move somewhere that's pollen-free, it's not very likely you'll be able to do this. Airborne pollen is so light that air currents can carry it hundreds of miles from its source. For instance, ragweed pollen has been collected 400 miles out at sea and 2 miles high in the air. It doesn't matter if you live in the city or in the country. Pollen is everywhere. And it doesn't help to pull up your lawn or cut down your trees.

Some people believe they can move to the desert to escape pollen allergies, but it doesn't work. In Arizona, for instance, nonnative plants such as olive, cypress, juniper, and mulberry trees, as well as Bermuda grass, cause problems for sensitive people.

Not every kind of tree produces pollen that causes nasal allergies. But enough do to make seasonal allergies from tree pollens a major health issue.

Grass pollen is a common allergen. Yet of the more than 1,000 types of grass that grow in North America, only a few produce pollens that trigger nasal allergies.

For more information about allergies and pollens, see the next page.

How do you know if you have a latex allergy?
What are some milk allergy symptoms?
5 Common Allergens