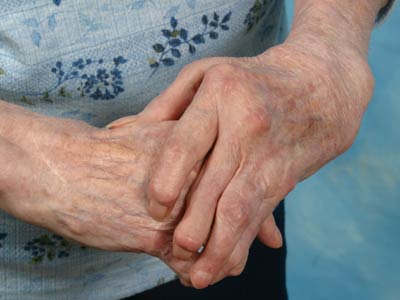 When rheumatoid arthritis affects the hands, it can change their appearance.
© iStockphoto/StanRohrer

About 1.3 million Americans suffer from rheumatoid arthritis (RA), a condition caused by the immune system attacking the body's own joint tissue. There is currently no cure, although it can be treated. RA, like other forms of arthritis, causes inflammation of the joints. However, it commonly affects the joints on both sides of the body -- if your right knee is affected, your left knee will be, too. RA often causes swelling in the hands and wrists, though other joints throughout the body are susceptible to it as well.

But it's not just about joint pain -- RA can actually make you feel tired and sick. Some people get a fever, others deal with "cotton mouth," and some even suffer from anemia. This wide variation in symptoms can make it difficult to diagnose RA, especially in its earlier stages.

Doctors can test for a specific antibody, known as rheumatoid factor, that often accompanies RA, but it isn't a surefire approach: Some people will test positive for rheumatoid factor without ever developing RA, while others will test negative even though their joints are under attack as a result of the condition.

This type of arthritis affects different people in different ways. Some people may only briefly experience symptoms without any lasting damage, never to be bothered again. Others may experience periodic bouts, in which it flares up for a few weeks or months and then goes into remission, only to reappear later. For others, RA shows up and never leaves.

RA is an autoimmune disease. The cause of inflammation is malfunctioning white blood cells, which normally protect us from bacteria and infection. Nobody knows why, but sometimes these cells travel toward a joint and, believing there's a threat, flood into the area. The synovium becomes inflamed, puffy, much thicker than usual and warm to the touch. The cells of the synovium then begin to wear away at the nearby bone and cartilage, ultimately causing serious damage.

Genes seem to have some role in determining a person's susceptibility to RA, but scientists believe many factors play a role, including viral or bacterial infection as well as hormonal fluctuations. Women are affected much more often than men by RA -- two to three times more often, in fact.

Researchers have discovered that most of the damage occurs in the first three years of RA. This makes it important to bring any joint pain to your doctor's attention immediately. Its symptoms normally appear in middle age or later, but they can also show up as early as childhood. 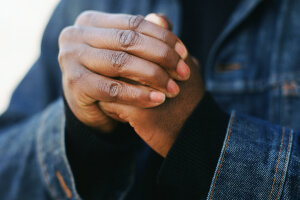 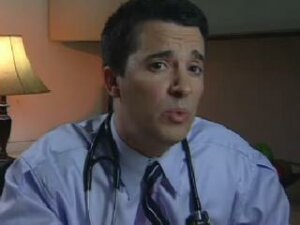 Who can help treat my arthritis? 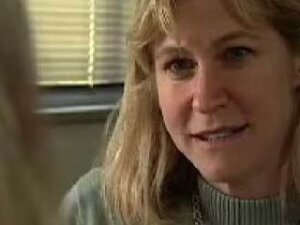 Is there a link between arthritis and depression?