Browse the article Why Is Pancreatic Cancer So Deadly? 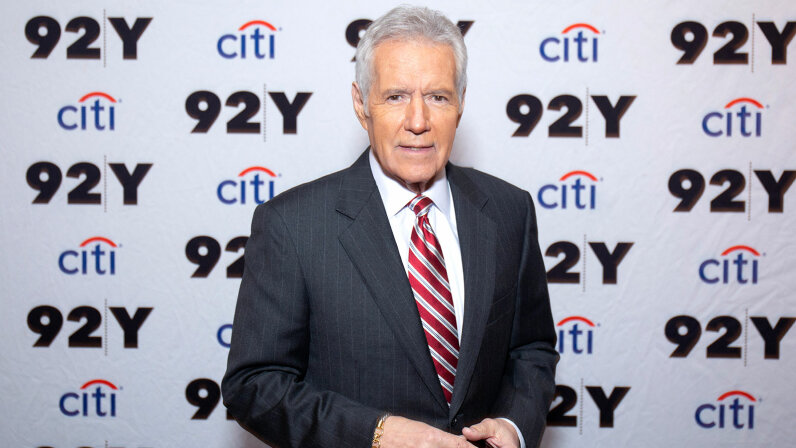 Of all the forms of cancer, pancreatic is one of the most dreaded diagnoses. This reputation is earned, unfortunately, as the 5-year survival rate for pancreatic cancer is a dismal 9 percent, according to the American Cancer Society. Although the disease has publicly affected icons like "Jeopardy!" host Alex Trebek and Supreme Court Justice Ruth Bader Ginsberg, most people still have a pretty limited understanding of it. So, how is it that cancer of such a small organ can cause so much trouble? And why is the survival rate so low?

An illustration of the pancreas, which sits behind the stomach (the part in red) in the upper left abdomen. It is surrounded by other organs such as the small intestine, liver and spleen.
Stocktrek Images/Getty Images

First, it's important to have a grasp on where the pancreas is, and what it does. Only about 6-10 inches (15-25 centimeters) long, the pancreas sits in the upper left abdomen behind the stomach, and is surrounded on all sides by other, more prominent organs like the liver, small intestine and spleen. Although small in size, the pancreas has some mighty functions, like creating and dispensing hormones that regulate blood sugar, as well as enzymes that help the body digest proteins, fat and carbohydrates. When the pancreas gets out of whack, health tends to decline pretty quickly.

Signs and Symptoms of Pancreatic Cancer

Much like ovarian cancer, pancreatic cancer is often caught at a later stage than other types of cancer. "There is no standard early detection test for pancreatic cancer, and the presenting symptoms may be vague. As a result, most cases are diagnosed once the disease has reached an advanced stage, making it more difficult to treat," explains Dr. Victoria Manax Rutson, chief medical officer with the Pancreatic Cancer Action Network(PanCAN), in an email interview.

Typical symptoms of pancreatic cancer, which are often mistaken for other ailments, include:

If pancreatic cancer is suspected, the disease is diagnosed by taking tissue samples of the tumor, as well as imaging tests.

Most cases of pancreatic cancer occur among the older population, with 90 percent of diagnoses in people over 55 and 70 percent in people over 65. It's more common in men than women and in black people more than whites, Asians or Hispanics.

Much like other cancers, pancreatic cancer treatment varies based on stage, as well as the patient's general health. In the rare instances when it's caught early enough, surgery is an option. However, patients in advanced stages are generally directed to chemotherapy.

"It is not unusual for pancreatic cancer patients to initially respond well and then to require further treatment," Manax Rutson says. In fact, that's what Trebek has reported. He has stage 4 cancer, was near-remission in May 2019 but needed a second round of chemotherapy by September of the same year. "Most patients will continue on chemotherapy as long as it is effective," she adds.

Not all pancreatic cancer tumors are the same, however, which is why PanCAN recommends that patients have their tumor molecularly profiled. This can help to better pinpoint ideal treatment options because the treating physician will more fully understand the biology of the tumor. "PanCAN also recommends patients consider clinical trials at diagnosis and during every treatment decision," Manax Rutson adds, noting that potential treatments could include chemotherapy, targeted therapy and immunotherapy.

Some people do turn out to have a more benign form of the disease. Ginsberg was first diagnosed with pancreatic cancer in 2009. And although it's unknown what her type of pancreatic cancer is, in 10-15 percent of cases, patients get a less-aggressive form called islet-cell tumor, which may be curable.

A Screening for Pancreatic Cancer?

Although no screening is available today, the hope is that it will be in the near future. "There are studies in the early testing stages that are promising," Manax Rutson says, noting that scientists are currently working to identify biomarkers, which are biological clues that could serve as warning signs for the early, more treatable stages of the disease. These biomarkers are present in bodily specimens such as blood, urine and pancreatic fluid. "There are also studies to improve upon current imaging techniques to allow doctors to see smaller indications of disease," she says.

Doctors also have to figure out exactly who would benefit from disease screening. "Many efforts focus on people with strong family histories of pancreatic cancer or known genetic syndromes linked to the disease," she says. "Newer studies are evaluating individuals over the age of 50 with new onset of diabetes and other clinical symptoms."