When do most heart attacks occur -- and why?

Browse the article When do most heart attacks occur -- and why? 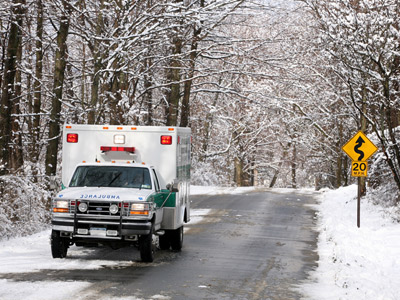 From the outside, a heart attack can seem very sudden. But from the inside -- like inside an artery -- it's actually pretty predictable.

Clogged arteries, also called coronary artery disease (CAD), are the primary cause of heart attacks [source: NHLBI]. Arteries get clogged by something called plaque, a fatty substance that builds up on artery walls. Plaque often builds up when there's too much fat and cholesterol in the diet -- and too much cholesterol in the blood. Essentially, stuff starts sticking to the artery walls of the heart as blood passes through, and eventually a blood clot can form. If it's big enough, that clot can block the artery entirely.

Heart attacks seldom happen without some kind of warning. They can often be explained by medical history, including high cholesterol or high blood pressure, or by a family history of heart disease. But can they also be explained by external circumstances, like time of year or time of day? Are there certain occasions that pose greater risk for people with heart disease?

S­urprisingly, the answer is yes. For people who have risk factors for a heart attack, like high blood pressure, high cholesterol and coronary artery disease, not only why but also when a heart attack might happen is more obvious than you might think. At certain times of the year, heart-attack rates increase, and the primary culprit in the trend is hard to avoid.

In this article, we'll find out when most heart attacks occur and why they're more likely during those times. With some planning, it may even be possible to decrease the risk of having a heart attack during the high season for coronaries.

Once you know the culprit for the spike in heart attacks, you'll be able to guess which months make up that high season. Here's a hint: It's T minus 1 and counting and you've still got 13 people on your gift list. 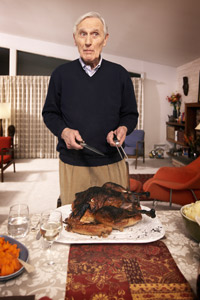 That burned turkey might be the thing that sets this man's heart over the edge during a stressful holiday season.
Michael Cogliantry/Taxi /Getty Images

It's something of a Christmas miracle that Santa isn't long dead from a heart attack. Increases in stress levels mean increases in heart attacks, and it's hard to find a more stressful time than the holidays. In the United States, there are greater than 50 percent more heart attacks in winter months than in summer months, and it's mostly about stress [source: MNT].

Stress is one of the most difficult heart-attack risk factors to eliminate from our lives. And for people with high blood pressure (hypertension), it's crucial to do so.

High blood pressure can damage arteries because the increased force of blood pumping through them pushes hard against artery walls. Damage to the artery walls encourages plaque to form there, leading to clogged arteries. It's not clear exactly why stress can lead to heart attacks in people with hypertension, but it's probably related to the release of adrenaline [source: WCN]. Stressful situations cause your brain to flood the body with adrenaline, the "stress hormone," which triggers a fight-or-flight response. It speeds up your heart rate. With the heart trying to pump more high-pressure blood in less time, it would make sense that the risk of heart damage would increase.

You can stop eating trans fats and start walking around more; but it's a bit trickier to tell your family members that they can't pack into your home for the holidays. Holiday-related stress makes November through the end of December, also known as Thanksgiving through New Year's, the most popular time of year for heart attacks.

It's not hard to see why. Stress makes us do some unhealthy things, like eat the rest of the pumpkin pie after everyone leaves or skip a morning walk because we're hungover from too much eggnog. Along those lines, stress increases heart-attack numbers in two related ways: by decreasing healthy behaviors and by increasing risky behaviors.

Rushing off to finish holiday shopping or get the turkey in the oven can make some people forget to take their blood pressure medication. This is a particular problem in the morning hours, when most heart attacks happen [source: MNT]. Blood pressure tends to be highest in the morning. If medication is getting your heart past that morning surge, skipping it can have dire consequences come the a.m. hours, especially after a night of drinking, smoking and cheesecake.

The overall result is that we abandon the activities that could keep us healthy, just when we need them most. To avoid the increased risk of heart attack during the winter holidays, it's important to try to maintain some balance. Drink one glass of high-fat, high-alcohol eggnog instead of two. If you feel yourself getting overly stressed, skip that one holiday party you didn't want to go to anyway. Start your holiday shopping six months in advance so you can avoid the last minute panic and the adrenaline surge that could put your heart over the edge.

And just in case things do start to get crazy, by all means, pin a "take your meds" note on the turkey in the fridge.

The holidays aren't the only big times for heart attacks. Major sporting events like the Super Bowl and the World Cup always see an increase in heart attacks, as do big bank failures, apparently due to increases in stress levels [sources: MNT, Guardian]. For women, heart attacks rates spike during pregnancy, probably due to changes in blood composition [source: Y!].