by Michelle Konstantinovsky Oct 26, 2018
Does a change in temperature create the perfect recipe for cold and flu? Tatyana Tomsickova Photography/Getty Images

Raise your hand if a parent, grandparent or an older, wiser, caretaker of any kind has scolded you for not bundling up when temperatures drop. If you're waving your arm frantically, you're far from alone. Across cultures and geographical boundaries, there seems to be a long-held, pervasive belief that sudden meteorological changes automatically trigger colds and flus. But does the theory really pan out? Yes and no.

According to health experts, weather-driven sickness is a thing, but the temperature itself is more of an indirect cause of the resulting illness. In other words, it's not the cold temp itself that makes you sick, but the environmental factors related to it.

A 2002 meta-analysis found that exposing your skin to chilly temperatures doesn't automatically make you more susceptible to the common cold. What does likely set you up for sickness is the drop in humidity associated with that sudden drop in temp. As pulmonologist Ray Casciari told The Atlantic, in a low-humidity environment, "your eyes tend to dry out, the mucous membranes in your nose dry out, and your lungs dry out, and you're therefore much more susceptible to bacteria and viruses." And because viruses are more likely to survive and replicate in cold than heat, you're more likely to get sick when the weather turns frigid.

In a 2010 study, Columbia University's Jeffrey Shaman and his colleagues compared 30 years' worth of climate records to health records. They determined that flu epidemics almost always followed a drop in air humidity. Their evidence was reviewed in a 2015 Journal of Infection study, and replicated again in a 2009 analysis of the Swine flu pandemic. The research paints a pretty compelling (if not graphic) picture of how and why dry air fosters this kind of cold and flu free-for-all: When there's moisture in the air, the particles we release from our noses and mouths when we cough and sneeze stay large, but in dry air, they break into tiny pieces that can stay suspended in the environment for hours or even days, creating a super gross, virus-filled cloud for us to inhale.

One easy trick to lowering your risk for illness during the colder months is to run an air humidifier; a 2013 study found that doing so for an hour could kill 30 percent of the airborne viruses in schools. But like everything else in life, balance appears to be key since some pathogens like mold actually thrive in humid environments. Relying on the good old standbys like vaccines and handwashing is always a good idea to reduce your risk, too — whether you bundle up in cold weather or not.

Now That's Interesting
Usually people who have the flu are contagious for one day before they get sick to about a week after. Kids and people with weak immune systems may be contagious longer than that. 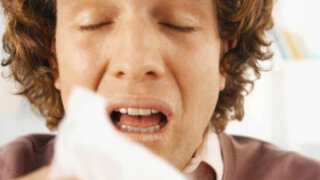 What causes the common cold? 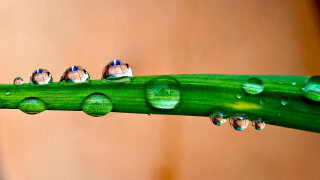 What Is Relative Humidity and How Does it Affect How I Feel Outside? 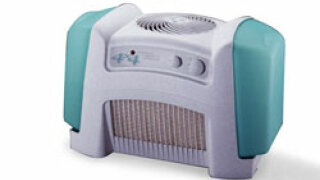