10 Remedies That Do Absolutely Nothing to Treat the Common Cold

The congestion, aches and other discomforts that come with having a cold make many sufferers eager to try every possible remedy -- even placebos.
©iStockphoto/Thinkstock

These days, we now know you can't catch a cold just by being cold (or wet) -- it takes direct contact with infected droplets for that to happen, usually from a sneeze or cough of someone with a cold. Rhinoviruses -- the viruses that cause colds -- can live for as long as three hours on the surface of your skin. So, to avoid infection, be careful about touching objects (such as the remote control, or a doorknob) and then touching your eyes, nose or mouth, and be vigilant about hand washing -- it's one of the best ways to avoid catching a cold [source: Scott].

Still, when we do catch a cold we really have no idea what to do. Antibiotics or over-the-counter cough medicine? And sometimes we're not even sure if we have a cold or if we have the flu. Colds commonly all have similar symptoms: You find yourself sneezing with a scratchy throat, a runny nose and nasal congestion. Some cold viruses also cause coughing, fatigue, headaches, muscle aches, sore throats and sometimes a mild fever.

Before we kick off our list, there's one important thing to remember: Americans alone will catch an estimated 1 billion colds this year, and there is currently no way to prevent or cure the common cold. Even without a cure, colds make us feel so badly that one-third of the time we accept a placebo as beneficial treatment [source: Szabo].

We've collected 10 cold remedies that actually don't do anything to treat a common cold, but are popular treatments just the same. First, let's talk about how peppermint will freshen your breath, but it won't do anything to help that postnasal drip go away faster.

Peppermint oil can kill some forms of bacteria, but it hasn't been found to be clinically beneficial to humans in this regard.
©iStockphoto/Thinkstock

While we all are familiar with peppermint as a flavoring in our favorite gum or candy, some people also use its leaves and oil as a remedy for digestive problems and a way to soothe headaches, inflammation and pain, among other complaints. It's also been considered a helpful treatment for coughs, colds, sinus and respiratory infections. In the laboratory, peppermint has been successfully used to kill some forms of bacteria, fungus and viruses, but this hasn't translated into any antibacterial, antifungal or antiviral benefits for humans yet. So far, there isn't enough evidence that peppermint is an effective treatment against coughing and the common cold.

Getting a flu shot will help you avoid the most common influenza viruses brewing in any given year, but it can't keep you from catching a cold.
©iStockphoto/Thinkstock

If you got your annual flu shot and still got sick, don't blame the shot. The shot only immunizes you against the three influenza viruses determined to be most potent for that season, but not against any other viruses, including the 200 or more viruses associated with upper respiratory infections and the common cold that often have symptoms that feel a lot like the flu.

Your flu shot can't save you from the common cold, and neither can any of the prescription antiviral medications used to treat influenza viruses. While antivirals such as Tamiflu and Relenza® may help reduce the duration of the influenza virus if treated within the first few days of onset, they don't work at all against the viruses known to cause a cold.

Using supplements to boost immunity is likely not doing all that much for your health, but the good news is, they're probably not hurting you, either.
©iStockphoto/Thinkstock

Americans spend more than $4.2 billion every year on over-the-counter promises of cold, cough and flu relief, and that number grows even higher when you add in what people spend on alternative remedies, such as Airborne [source: Szabo]. Airborne is a product that once sold itself as the number one natural cold remedy, and now claims to be essential for immune system support.

Airbone is not FDA approved, which means there's no evidence that it is able to prevent or treat a cold. And while we haven't talked about echinacea, vitamin C and zinc yet, Airborne contains these three ingredients, which are known to do nothing to treat or prevent a cold.

While some people claim to experience cold relief when they drink alcoholic beverages like this hot toddy, they may actually be weakening their immune systems.
©iStockphoto/Thinkstock

When you're sick with a cold, it's important to drink plenty of fluids, but you may want to stick to chicken soup, hot tea and other non-alcoholic beverages rather than trying to douse your germs with whiskey. Beverages and broths that are hot and steamy are good two-fold: Not only does breathing in the steam temporarily relieve your nasal congestion, drinking a warm beverage can feel soothing. Almost any beverage will help keep you hydrated, and being well-hydrated will help thin out all that mucus you've been making. And now here's the almost: Drinking caffeinated or alcoholic beverages will dehydrate you. And drinking alcohol to treat a cold may also backfire because taking a tipple a few times a week weakens your immune system [source: Bouchez].

The echinacea flower has long been associated with cold treatment, but its actual benefits are debatable.
©iStockphoto/Thinkstock

Echinacea is a natural, herbal remedy that has long been used by Native Americans, and today is popular among those who prefer natural and alternative medicines to over-the-counter cough suppressant. Echinacea is an herb, often taken as a pill or prepared as a tea in an effort to treat and shorten the duration of the common cold and upper respiratory infections.

Despite its popularity, studies show that its benefits are debatable. According to a study published in the Annals of Internal Medicine as well as research funded by the National Center for Complementary and Alternative Medicine (NCCAM) echinacea is no more effective than a placebo -- or nothing at all -- in preventing colds [sources: Barrett, NCCAM].

Zinc might decrease the length of your cold, but clinical studies have been inconclusive.
©iStockphoto/Thinkstock

Zinc is an important mineral in your diet, like iron and calcium, and your body uses it for everything from your senses of taste, smell and vision to keeping your reproductive and your immune systems healthy. It also has antioxidant properties, which help to keep your cells healthy.

Some people take zinc supplements to treat the common cold, but current research about zinc suggests that at best, it may only help reduce the symptoms of your cold by roughly one day. Studies have had mixed results, so zinc is not considered a good way to treat your cold.

Do you use your neti pot regularly? You might want to rethink that plan.
©iStockphoto/Thinkstock

While it won't cure your condition, nasal irrigation with saline may help relieve some sinus symptoms. Despite this, it's a remedy that is still not recommended. Why? One theory is that when we overdo it with nasal saline irrigation we increase our risk of developing sinus infections.

One study, for example, conducted by the American College of Allergy, Asthma, & Immunology found that when regular nasal irrigation users stopped rinsing, their rate of chronic sinus infections dropped by 62 percent the following year [source: Zerbe]. Nasal mucus is full of antibacterial, antiviral and antifungal properties important in protecting us against infection -- and when we use saline irrigation products regularly, we wash away those benefits.

While for most of us, taking vitamin C isn't going to help prevent or treat a cold, if your body is under extreme stress -- runners, skiers, and soldiers stationed in extreme sub-arctic areas -- it may help reduce your risk of catching a cold.
©iStockphoto/Thinkstock

If you're one of the many people who boost your vitamin C intake when you feel a cold coming on, it turns out you're wasting your time. Vitamin C doesn't reduce your risk of catching a cold, nor will it help treat your cold. There is conflicting research about whether or not taking vitamin C can shorten the duration of your cold –- but even if it does, it may not be by much. Some studies find vitamin C supplementation may shorten a cold by about a day while others suggest it's only shortened by a few hours, and yet others find it does nothing at all to shorten a cold's duration. Bottom line? Vitamin C won't hurt you, but it probably won't help your cold -- and beware -- taking too much can cause an upset stomach.

Vitamin D (often paired with calcium in supplements) provides a wide range of health benefits, but it's probably not going to help you prevent or get over a cold.
©Denise Bush/iStockphoto.com

Vitamin D (paired with calcium) is important for bone health, and preliminary research suggests it may also play an important role in preventing cancer, preventing infection, reducing chronic pain and reducing our risk of developing autoimmune diseases. It may also provide cardiovascular benefits. And vitamin D supplements do play a beneficial role in boosting your immune system.

While the verdict is still out about vitamin D's role in many of those conditions, we do know that it does nothing at all to prevent, treat or reduce the duration of upper respiratory infections -- including the common cold -- according to recent findings published in the Journal of the American Medical Association [source: Linder].

The overuse of antibiotics is contributing to the problem of antibiotic-resistant bacteria.
©Hemera/Thinkstock

The problem with treating your cold with a round of antibiotics is this: Antibiotics are used to treat bacterial infections, but colds are not caused by bacteria. Colds are caused by viruses, more than two hundred varieties of them. Antibiotics won't help at all.

In fact, they may be harmful. Taking antibiotics when they aren't needed or helpful is adding to the growing problem of antibiotic-resistant bacteria, making it more difficult to treat you with antibiotics when you do indeed have a bacterial infection. They can also cause a host of unpleasant side effects, such as yeast infections and diarrhea.

Sometimes, other conditions look a lot like a common cold, at least at first, including ear infections, strep throat and pneumonia -- these are actually bacterial infections, and should be treated with antibiotics. Other times, bacterial infections, such as a sinus infection, may develop after a cold, so if your cold symptoms don't get better after about one week to 10 days, see your physician.

Author's Note: 10 Remedies That Do Absolutely Nothing to Treat the Common Cold

When I found out I'd be writing about this topic I woke up with a cold. Very funny, universe. So how disappointed was I to find out that studies prove vitamin C won't help prevent catching the common cold, nor shorten it by more than a few hours. All those colds, and all that orange juice. What a sham. Echinacea, too. As effective as a placebo. It turns out, though, I did find some good news in the world of cold relief: During my discovery and research process I learned that instead of running out to the store for orange juice, nasal saline or echinacea, very recent and very preliminary findings suggest probiotics may be the new trend in cold-relieving remedies. My fingers remain crossed for this one. 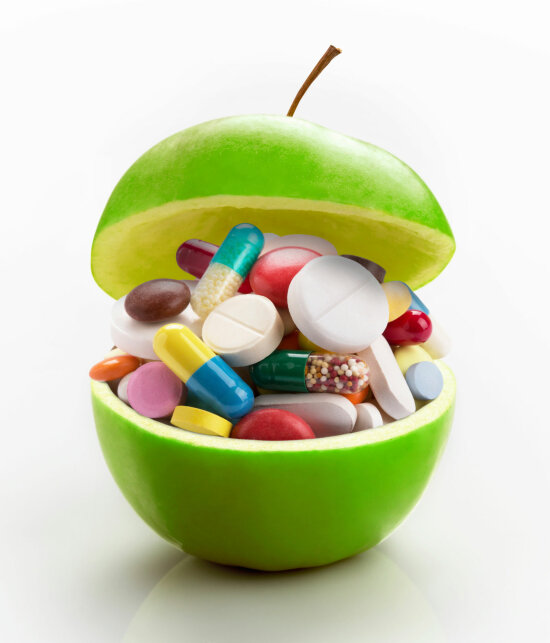 10 Supplements That Do Not Work as Advertised

Don't Take a Cold or Flu Lying Down: Fight Back When the Bug First Bites 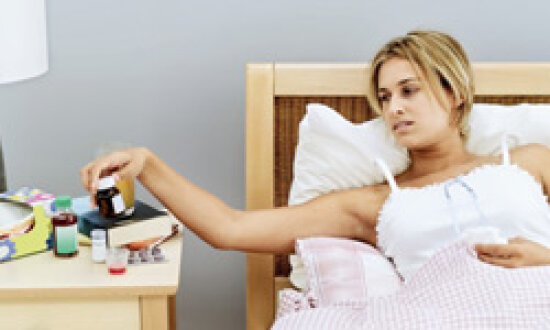 5 Ways to Get Rid of a Cold 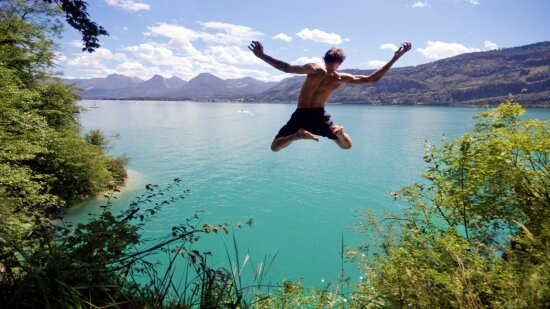 Got a Backup Plan? Think About Ditching It 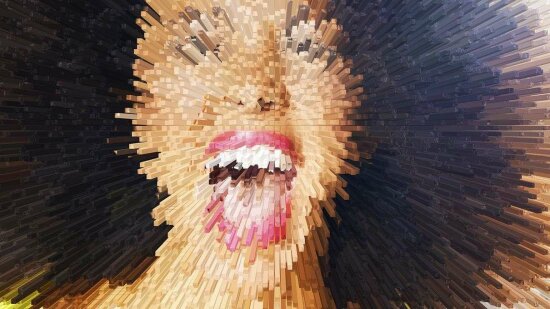 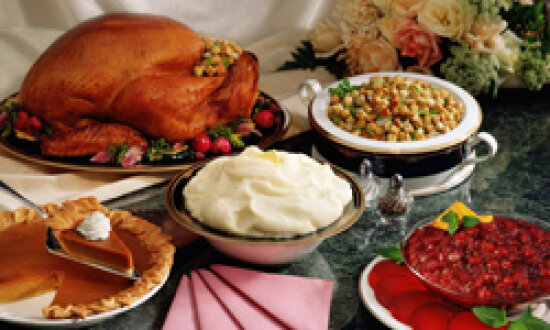 How to Get Through the Holidays Stress-Free with Your Family