Does male circumcision up the risk of male-to-female HIV transmission?

Browse the article Does male circumcision up the risk of male-to-female HIV transmission? 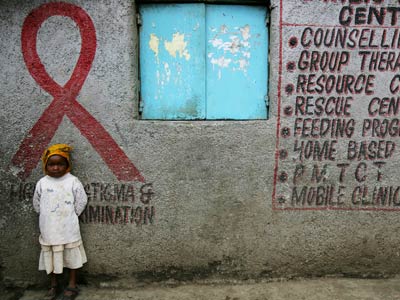 In the evolving world of AIDS prevention, the giddiness over studies showing that circumcision reduces a man's risk of contracting AIDS from an infected female partner has died down a bit in the wake of subsequent research. It now appears that a woman's risk of contracting AIDS from an infected man may be greater if that man is circumcised. But the latest news is not completely hope-dashing: The results are preliminary and might hinge on a major condition.

In 2006, researchers released the results of three large studies that measured the effect of male circumcision on HIV transmission from female to male. The findings were incredible and consistent: Circumcision appeared to decrease a man's risk of acquiring HIV by 50 percent or more (see Why would circumcision decrease a man's risk of contracting AIDS?). But in sub-Saharan Africa, where almost 25 million people are HIV-positive, a majority of those who contract the disease are female. And in the wake of those male-oriented findings, the Bill and Melinda Gates Foundation funded a follow-up study in Uganda to see how male circumcision affected AIDS transmission to females.

Six months into a two-year study following 2,000 HIV-infected men and their uninfected female partners, the preliminary results are disturbing. At the start of the study, about half of the men underwent a circumcision procedure. The other half -- the control group -- did not. Looking at the data for just 125 of the couples in the study, it appears that women have twice the chance of contracting HIV from a circumcised partner. The six-month-mark data show that of the women whose HIV-positive partners had been circumcised, 16 percent had contracted HIV. Of the women whose partners had remained uncircumcised, seven percent had acquired the disease.

But there's a major caveat here: The researchers believe that the circumcised men may have had sex with their partner before their wound was fully healed. It takes about a month for a circumcision wound to heal, and while the couples were warned not to have intercourse until a doctor declared it safe -- and were counseled to always use condoms -- it appears that some of the couples didn't follow at least the condom recommendation. So the researchers are wondering if thos­e couples didn't end up following "wait until it heals" recommendation, either. It's natural that having intercourse before the wound were fully healed would increase the risk of transmission. HIV is carried in blood, not just semen, and an unhealed wound on the tip of the penis is very likely to tear during sex.

It's worth noting that another, smaller study is reporting different results. Researchers are examining the medical records of 300 couples in Uganda to find out how circumcision affects AIDS transmission between partners. So far, with another year to go before the research is done, this study reports that a woman is 30 percent less likely to contract HIV from an infected man if that man is circumcised.

The study funded by the Bill and Melinda Gates Foundation is meant to last two years and is following far more than the 124 couples included in the early data. Researchers say they only released the partial, preliminary results because the World Health Organization and UNAIDS started to meet in Switzerland in early March to figure out what guidelines to issue in light of the previous three circumcision studies' results. They felt it necessary to reveal the incomplete findings only because the results are, at the very least, a cause for concern and increased caution in issuing a full endorsement of circumcision in the fight against AIDS. Even uninfected men who get circumcised can still contract HIV after the procedure and pass it on. The early data point to healing time as a major factor in how well circumcision will in fact decrease the spread of the disease.

For more information on AIDS and related topics, check out the next page.