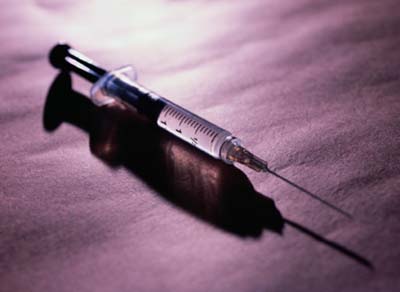 A research group in Atlanta has developed an AIDS vaccine that shows 96 percent effectiveness in non-human, pre-clinical trials. The GeoVax vaccine, developed on the campus of Emory University, is already in Phase I human trials and could be on the market by 2011. It appears to address one of the biggest obstacles to fighting AIDS medically.

One of the challenges involved in preventing and curing any type of virus is the rate of mutation. You can find a way to kill a virus, but unless that method involves a whole bunch of attack angles at once, it's going to stop working pretty quickly. The virus is going escape the immune-system response triggered by the vaccine. HIV has a very high rate of mutation, so killing or deactivating it requires multiple, simultaneous attacks that can preempt or negate its ability to mutate.

In order to stop the virus from escaping, the GeoVax vaccine uses a two-step method to trigger and then boost the two primary immune responses in the human body. In the antibody response, anti-viral cells called antigens bind to the virus cells and deactivate them; and in the cellular response, blood cells called T-cells kill the cells already infected with the virus. The overall effect is to stop the virus from spreading. By focusing on both parts of the system, the vaccine can quickly and dramatically bombard the HIV cells and destroy them before they can really take hold of the body and destroy the immune system (see How AIDS Work to learn what HIV and AIDS do to the body).

First, a subject receives the DNA primer. This primer contains three main genes from the HIV genetic code. When these genes enter the body's cells, the cells respond by producing proteins designed to combat the alien DNA. This essentially primes the immune system for an HIV attack by teaching it exactly what HIV DNA looks like. In this way, the cells are already experienced at creating the specific proteins that will tell the T-cells what they're looking for if HIV cells invade the body.

­The next stage is the live-virus injection. This is when a tiny, weakened sample of HIV enters the body. It's not enough to infect someone; it's only enough to trigger an immune-system response. In this case, the subject receives a genetically altered version of a weak smallpox vaccine called MVA. This particular form of MVA carries not only elements of the smallpox virus, but also the same three HIV genes that were included in the DNA primer. So in addition to triggering an immune response to smallpox, it also triggers a response to HIV. And the DNA-primed cells are already prepared to fight this exact type of HIV.

So as the immune system sends out antibodies to bind to the HIV cells and target them for destruction, T-cells are primed and ready to scale a massive attack on three different components of the virus. With both of these anti-infection mechanisms launching full-blown attacks at once, the virus can't escape. Even if one of the genes manages to mutate, the T-cells can still target and destroy the other two, leaving that one mutated gene powerless. And the chances that even a single gene will mutate in a way that lets it escape both a primed cellular response and a massive antibody response is slim to begin with.

On the next page, learn about the AIDS vaccine preclinical trials. 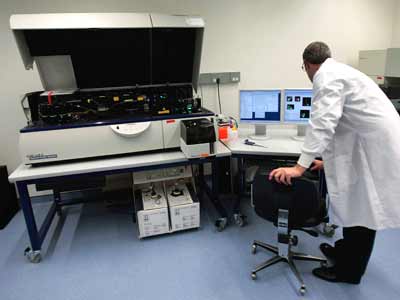 5 Diseases That Don’t Spread the Way We Used to Think
How Vaccines Work
Will there be new STDs in the future?